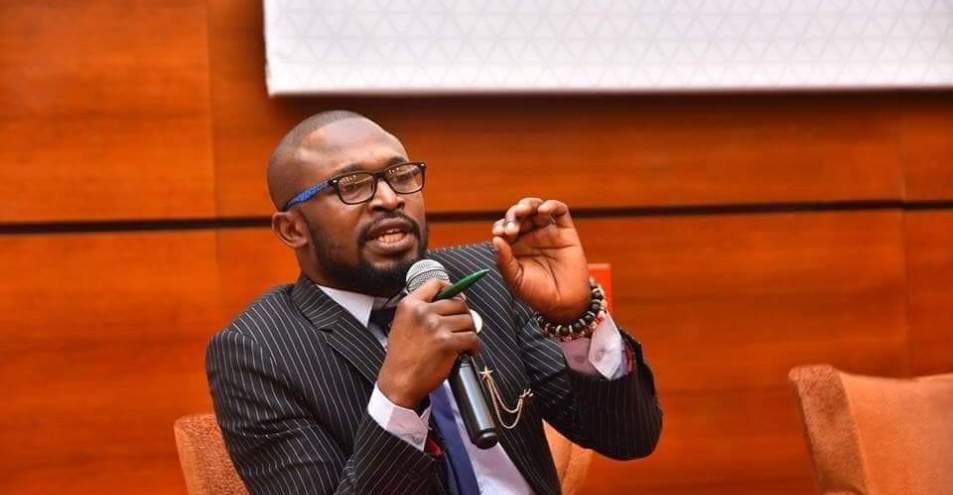 The dignity of blacks is inherently linked to the ability of the African continent to lift itself out of poverty, disease, armed conflicts, hunger and deprivation unto the path of prosperity and economic progress. The deplorable conditions and economic dejection of the majority of our African citizenry inadvertently translates into the standard measure of black dignity in totality.

Black people everywhere in the world have their umbilical cords interconnected to Africa. It is the oasis from which we blossom and the drinking pot of us all. “A people without the knowledge of their past history, origin and culture is like a tree without roots.” ? Marcus Garvey.

The journey to self-respect, dignity and the status of us all is intrinsically linked to the narrative and condition of our black continent, be it African-American, Caribbean as long as you are black, the disposition of Africa defines your social standing and dignity. The responsibility therefore to uplift our continent is collective, we all have a responsibility to break the shackles of under development and expose the systematic design to under develop and exploit our race in perpetuity.

“I am not African because I was born in Africa but because Africa was born in me.” ? Kwame Nkrumah. Africa is our roots, in fact black is Africa and irrespective of our feelings, disappointments and agony we all have a duty to make it better, not for anybody but for our own sake. The fight against racial subjugation begins with re-writing the African narrative, defeating stereotypes and repositioning.

Africa remains the epitome of wealth, civilization and the cradle of life, this is exactly the reason the English, the French, the Germans, the Belgians and Portuguese all join forces to keep us divided and subjugated. The challenge therefore is our realization and unification against an order that balkanize to suppress us. We must come to the admission that Africa is one big unit and those that seek to appropriate the huge wealth under the belly of our lands to their greed and brutal savagery remain alive and consistently devising sophistication to keep us divided.

The diaspora and those of us on the motherland must come to the realization that, our prosperity and self-worth lies in our oneness, not in our segregation along colonially imposed systems and lingua-franka. Our pride and dignity lies with us not in our association with those that have worked against us for ages. The liberation of the mind and hearts of ourselves, and the relegation of sellouts who continually work with the oppressors to acculturate our masses must be booted out of power and influence.

“Some people, with a certain nostalgia, the worshippers and admirers of the colonial system, cherish and nurse its structures instead of smashing them. This is typical of a mentality in bondage to decadent values, negative values – counter-revolutionary values”-Samora Machel

The Africa we want cannot be built on the idiosyncrasies of other cultures and civilizations. Just like the Chinese our potential and capacities are imbedded in our self-realization and identification. We must rediscover us, the black race, define our priorities and confront our utilitarian realities. The age old paradigm of alienating the black race from our originality through rapid acculturation must teach us how to use this new appetite for our socio-economic well-being and benefit.

Black consciousness must awaken us to reinvent our sociology to address our utilitarian realism. “The basic tenet of black consciousness is that the black man must reject all value systems that seek to make him a foreigner in the country of his birth and reduce his basic human dignity”-Steven Biko.

Africa is regarded a paragon of wealth but a paradox to reality occasioned by a combined force that is committed to undermine the development of the continent coupled with our lackadaisical disposition. The begging question we all must address honestly is, weather blacks are of inferior intellect, simply negligent or irresponsible?

In my opinion, our crisis has nothing to do with inferior intellect, it has everything behavioral inconsistencies and socio-cultural distortions influenced by religion and education, exacerbated by greed. A succinct analysis of leadership, mindset and other consequent actions simply makes us complicit in compromising our broader goals for parochial interest of a few sellouts.

Secondly the moral ineptitude of the entire global order is what has visited the greatest injustice ever witnessed on the black race. But should we keep throwing our hands in the air in despair without action? Certainly not.

We, after the realization of these massive crimes and violation of our humanity must look at our actions in retrospect. “Action without thought is empty. Thought without action is blind.” ? Kwame Nkrumah. We must take well thought-through and coordinated actions in our best interest to build the Africa we want. By doing so, we systematically lift the status of the black race to a more dignified standing.

The rest of the world must equally know that, a stable and prosperous Africa implies a safer and sustainable planet. The quality of life in Africa will automatically translate into a secured environment for every race. The systematic marginalization will only defeat global peace and security efforts.

While the African Union has an ambitious plan of Agenda 2063, the relevance of this agenda is only feasible if the entirety of the black race identifies with the vision and work hand in hand for its realization. The contribution of blacks everywhere will substantially trigger impetus to drive socio-economic transformation.

History has vindicated us, as a race that contributed significantly to technological revolution and scientific discoveries, the difference is simply that our heroic display remains untold. We require both the black human capital and their economic resources to boost our growth prospects. We need to translate the huge wealth under the belly of our continent into human security and quality of life for our inhabitants.

The Democratic Republic of Congo alone is estimated to possess over 33trillion dollars’ worth of mineral wealth, the implication is that, if we can transform that wealth into tangible industrial products, Africa would be a net receiver of migrants from Europe and the Americas. However, to achieve this we need leadership, solidarity, unity and skills which I believe we are more than capable to offer.

We must eliminate corruption which is the major tool use to exploit and under develop us. We must teach ourselves solidarity and unity. This is the only way to eliminate war and armed conflicts. Our power-hungry politicians and other black brothers used to fuel conflicts must learn to love us and appreciate black. We must kill greed and be patriotic to black.

African states are more than capable of building thriving societies based on commerce, service delivery and manufacturing, we have seen sprawling cities like Addis Ababa, Nairobi, Johannesburg, Abuja, Accra, Abidjan, Dakar, Cairo to mention but a few, many more are emerging.

This year the government of Ghana initiated the “Year of Return”, an initiative that coincides with the 400 years of Trans-Atlantic slave trade and was patronized by thousands of our kinsmen and women from the diaspora. This serves as an avenue to bond with the Africa diaspora to ignite a transformed relationship.

The enthusiasm to return home must be sustained and redirected into economically viable and strategic actions mutually beneficial for both the returnees and the continent. It must reconnect the entire African race and trigger a consciousness that awakens us.

These actions should lead to investments in productive resources, services, trade as well as retention of relevant skills and human capital. The exploitation of our natural resource by us, will economically empower, embolden and prompt a new wave of blossom, wealth and quality of life. This is dignity.

We must begin to tell our own stories with music, arts and culture. Africa is the repository of art, culture and music in its originality, we must make it flourish and generate wealth. We have seen the remnants of African culture culminate into hip-pop in America and Reggae music in the Caribbean, but these hybrid cultures though of African origin have not told our story in a vivid and beneficial manner.

The new Africa that we envision must encompass our ability to tell our own story, sourced from the originality of our African culture, art and music. This is what distinguishes us from the rest of the world.” You cannot control all the events that happen to you, but you can decide not to be reduced by them- Maya Angelou

The African has been the most violated race in history but our tenacity and resilience is unsurpassed. No other race in human history has been exploited, violated and visited with violence as we have, yet we remain strong and forging on.

In our pain and frustration let’s not forget our prosperity lies in our uniqueness and unity. God Bless!