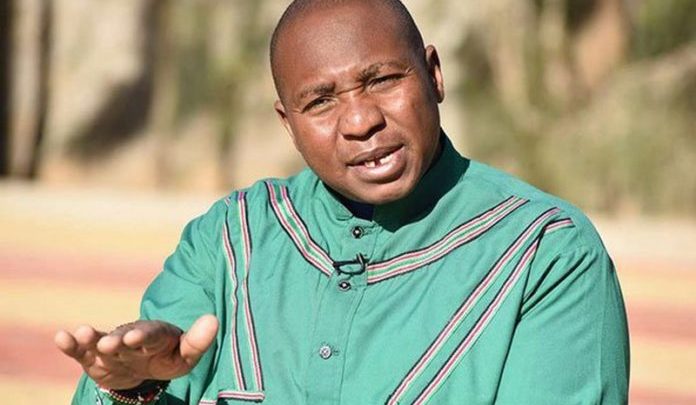 He is known for his trademark green suits and colorful jibes often directed at real and perceived enemies of Deputy President William Ruto.

Dr. David Sankok, the Jubilee nominated MP from Narok, is particularly in his element when directing his humorous oral assaults at ODM leader Raila Odinga and one imagines he cherishes every moment of a politician’s life.

But he now says he has had enough and that he will neither be seeking any elective seat nor accept any other nomination to Parliament.

“The fastest way to become poor in Kenya is to become a Member of Parliament or Member of County Assembly,” he says.

Dr. Sankok, a former chairman of the National Council of People with Disabilities, says it is a dog’s life for politicians who are seen as moving ATMs by all manner of people.

He says the advent of social media has made things worse as painful abuses are hurled at politicians who do not give out money.

“Politics in Kenya is very hard,” he says.

“It is a very dirty game where everyone thinks you are their property. There are so many state officers but its only politicians who are pestered with incessant demands for handouts.”

He says MPs are just like any other employees who rely on their salaries to meet their basic needs, a fact that is often overlooked by the electorates who demand handouts, not to mention political brokers with their insatiable need for perks and payments.

“It’s very hard to give out something you have really worked hard for. Personally, I’m not used to giving out free things. As a disabled person, I have struggled. You can’t just dish out money freely. For instance, I’m in charge of 6.5 million disabled people, even if I would give each one bob it would still not be enough as I still have other development projects to look into such as roads, schools.”

The 41-year-old has also deeply regretted his decision to join politics, vowing not to contest or accept any nominations in future elections.

He disclosed that being an MP has taken a toll on him financially since he was nominated into the National Assembly in 2017.

“I was very comfortable before I became an MP. I won’t go for another term because in Kenya politics is just too tasking as everyone feels you owe them something because they elected you,” he says.

The father of seven also believes “the easiest way to draw away from God and attract curses is to become a politician in Kenya.”

He is preparing to hang his boots from the political arena as he sets his eyes on the United Nations as a special adviser for persons with disabilities banking on his track record, which has seen several laws enacted to assist people with disabilities in Kenya.

“I could end up in the UN as a special adviser for disabled persons, I will contribute more there. I feel I have done enough.”

The University of Nairobi-trained medical doctor, who runs a clinic and a hotel in Narok, has played a significant role in the enactment of laws regarding physically challenged people, including government tender procurement for disabled persons, the introduction of sign language as the third language in Kenya, adjustable exams and integrated system of education in Kenya.

Were Dr. Sankok to make good his vow, the political scene would be the poorer, as he is one of the most entertaining speakers on any subject under the sun.

He has, for instance, often drawn laughter by saying that he would never accept to be prayed for to heal as that would deny him all the benefits he has earned by being disabled.

“The other day (Gatundu South MP) Moses Kuria asked me to be his running mate in the next elections and I told him: Boss, I can’t run, I can only be a limping mate and that won’t take you far.”