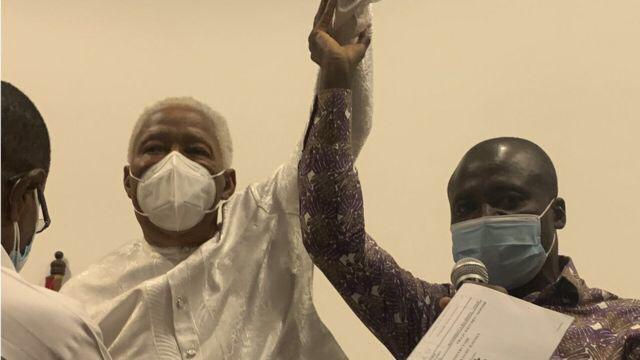 Former Deputy General Secretary of the largest opposition National Democratic Congress (NDC), Koku Anyidoho says times and seasons are in the hands of God, taking into account the current positions of Rt. Hon. Alban Bagbin, Cletus Avoka and E. T. Mensah who were all once abandoned under former President Mahama’s Administration.

According to the CEO of Atta Mills Institute, in a certain era of our political dispensation under the Mahama government, E. T. Mensah, Bagbin and Avoka were made redundant after they were brandished as “3 wise men” without office and portfolio.

Speaking on Okay FM’s ‘Ade Akye Abia’ Morning Show, Koku Anyidoho maintained that the positions of Rt. Hon. Alban Bagbin as Speaker of Parliament, E. T. Mensah as a Member of the Council of State and Cletus Avoka back to Parliament as MP show how God finds a way to honour those who have suffered for others to occupy certain positions.

“So, if God gives you a position and you become a tyrant who does not respect anybody especially those who suffered for you to occupy the position, God finds a way to honour those people. You made them the ‘three wise men’ without office and portfolio. Today Hon. E. T. Mensah is a member of the Council of State, the highest Advisory Body of the Republic of Ghana,” he said.

“I am happy for Hon. E. T. Mensah, Hon. Bagbin and Hon. Cletus Avoka. Times and seasons are in the hands of God and not in the hands of a wicked individual, a human being who thinks that they are more than God,” he added.