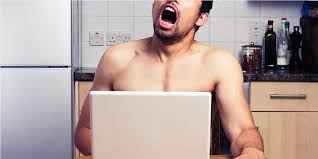 Under the Man’s Right to Know Act, Texan men would be fined $100 for every ‘unregulated masturbatory emission’ – although they may be reassured to learn this is a satirical bill highlighting how women have been targeted by anti-abortion laws.

Any “unregulated masturbatory emissions outside of a woman’s vagina, or created outside of a health or medical facility, will be charged a $100 civil penalty for each emission, and will be considered an act against an unborn child, and failing to preserve the sanctity of life.”

Allowing Texas men only “occasional” masturbatory emissions inside the approved facilities, the bill would insist that the resulting semen be “stored for the purposes of conception for a current or future wife.”

After receiving its first reading, the bill has now been referred to the Texas House State Affairs Committee.  Ms Farrar has proposed that it become law on September 1.

But before the men of Texas panic, (or head obediently to their nearest health facility), they should note that Ms Farrar is not being entirely serious.

The Texas Democrat knows her bill has no hope of becoming law, and has introduced it to satirise how women have been affected by targeted healthcare legislation in her state, particularly relating to abortion.

Hence the references to “sanctity of life” and anti-masturbation clauses that appear to take Monty Python’s advice that “every sperm is sacred” to its logical, legal conclusion.

Ms Farrar’s bill also insists that any doctor providing a vasectomy or prescribing Viagra must first read a ‘Man’s Right to Know’ booklet with the patient.

This, Ms Farrar has said, is a response to current Texas law which obliges doctors to give women considering an abortion a “Women’s Right to Know” booklet.  Ms Farrar has criticised this as a “guilt mechanism” to get the woman to change her mind.

She has also criticised the Texas law requiring a woman to have a trans-vaginal ultrasound before she can have an abortion as an “invasive, medically unnecessary procedure [where] one of the state’s objectives is to guilt her into changing her mind.”

So her bill also insists: “An attending physician must administer a medically-unnecessary digital rectal exam and magnetic resonance imagining of the rectum before administering an elective vasectomy or colonoscopy procedure or prescribing Viagra.”

When in less satirical mood, Ms Farrar has previously sought to abolish the death penalty in Texas and is currently trying to get a bill passed that would require healthcare facilities to provide information on emergency contraception to sexual assault survivors.

The near-impossibility of her satirical Man’s Right to Know bill becoming law is underlined by the fact that for it to pass, the Texas House State Affairs Committee chairman, Republican Byron Cook, would have to hold a public hearing on the measure.

Which is unlikely given that Mr Cook has filed or supported some of the bills criticised by Texas abortion rights activists.

For Ms Farrar, though, that might just sharpen the satire.