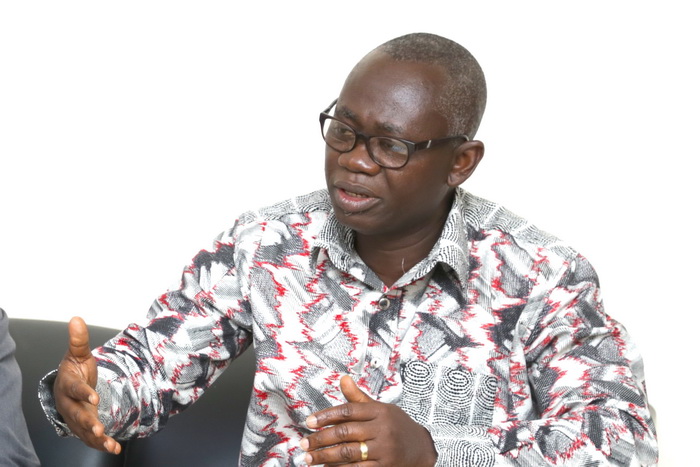 The Ghana Education Service (GES) says it will not be stampeded into paying illegal money to teachers under the guise of legacy arrears.

According to the service, it had saved the government GH¢11.3 million after detecting some anomalies in the payment of the arrears and that there was the need to do more to verify the genuineness of the payments before the affected teachers were paid.

The Director-General of the GES, Prof. Kwasi Opoku-Amankwa, in an interview with the Daily Graphic, said it was unfortunate that with all the effort being made by the government, having paid 95 per cent of the affected staff, the teachers still insisted on embarking on the strike.

To prove its case, Prof. Opoku-Amankwa said, the GES would publish the list of its staff who benefited from the legacy arrears.

That, he said, was to clear the air and set the records straight about the government’s commitment to pay the debt.

Prof. Opoku-Amankwa noted that the GES would take up the issue with the National Labour Commission (NLC), and that if by tomorrow the strike had not been called off, it would take its own internal disciplinary measures against the striking teachers.

He said the legacy arrears, which related to outstanding arrears between 2012 and 2016, affected about 120,232 members of staff of the GES, and that out of that number, more than 95 per cent had been paid off.

Addressing the press on behalf of the unions, the President of GNAT, Ms Philippa Larsen, said on Friday, November 28, 2019, the unions were invited to a meeting by the Ministry of Employment and Labour Relations, the GES, the Controller and Accountant-General and the Ghana Audit Service.

“The subject for discussion was the legacy arrears which spanned the period 2012-2016. Primarily, we the unions were concerned with the payment of the said arrears because our checks had revealed that the arrears had been verified and approved for payment by the Controller and Accountant-General’s Internal Audit Unit about three weeks earlier.

“However, we were informed that when the verified data were handed over to the GES for review and action, the GES would not budge, because it claimed some discrepancies had been discovered with some of the payments already effected,” she said.

The President of the CCT, Mr King Awudu Ali, told the Daily Graphic yesterday that the planned strike by the three unions would go ahead as scheduled from today.

“The GES’s statement does not mean anything to us,” he said.

But the GES, in a statement signed by Prof. Opoku-Amankwa, said since 2017, the current government had paid arrears due to those who deserved them, adding that it was significant to note that as of September 2019, about 87,556 members of staff of the GES had been paid their full salary arrears, representing 95 per cent of the total staff validated.

“On November 9, 2019, the management of the GES received another set of data from the Controller and Accountant-General’s Department covering 1,847 personnel who were to be paid the salary arrears,” it said.

Close examination of the data, it said, indicated that anomalies would have led to an excess payment of GH¢11.3 million.

“Some of the personnel were to be paid on undeserved rank. Some of the names had no personal records on the GES payroll from 2012 to 2014 to establish that they could be owed salary arrears over that period.

“Some of the listed personnel were not owed any salary arrears and yet had been credited with huge sums of money, in some cases up to GH¢58,000. Some female personnel were to be paid Night Watchmen Allowance when they have never been night watchmen within the GES. Some staff who were owed about six months had been credited for only two months,” it said.

The statement said on the basis of that, the management directed that the data should be audited to verify the genuineness of the payments in order to ensure that only deserving staff were paid the right amounts of money due them, adding that the unions were duly informed of that development.

It said the GES, therefore, learnt with shock the declaration of a strike by the teacher unions over the alleged delay in the payment of salary arrears (legacy arrears) owed to some staff.

“It is, therefore, with utmost shock that management has learnt of the purported declaration of a strike and states that the conduct of the union leaders is grossly an abuse of the principle of good faith and good working relations which have been established and nurtured over the years,” it said.

It said the management of the GES was of the view that public funds could not be dissipated to undeserved persons and was working hard to clean the data to ensure that only deserved persons were paid by the Christmas break, as agreed with the union leaders at the meeting on December 2, 2019.

“Management wishes to indicate that the strike by the unions cannot be legitimate, especially of the personnel who are not owed any arrears of salary, and call on all to remain calm and go about their normal duties, as all efforts are being made to effect the payment to only deserving staff as soon as practicable,” the statement said. 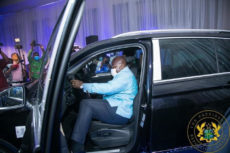 Share thisThe President of the Republic, Nana Addo Dankwa Akufo-Addo, has directed all public agencies to source garments, textiles and vehicles from domestic producers in the country. Speaking at the unveiling of the first Volkswagen assembled vehicles on Monday, 3rd August 2020, President Akufo-Addo explained that when COVID-19 reared its head in Ghana, one of […]

Where is the support system for businesses? -PEF Chief Executive quizzes as COVID-19 takes a toll on private sector