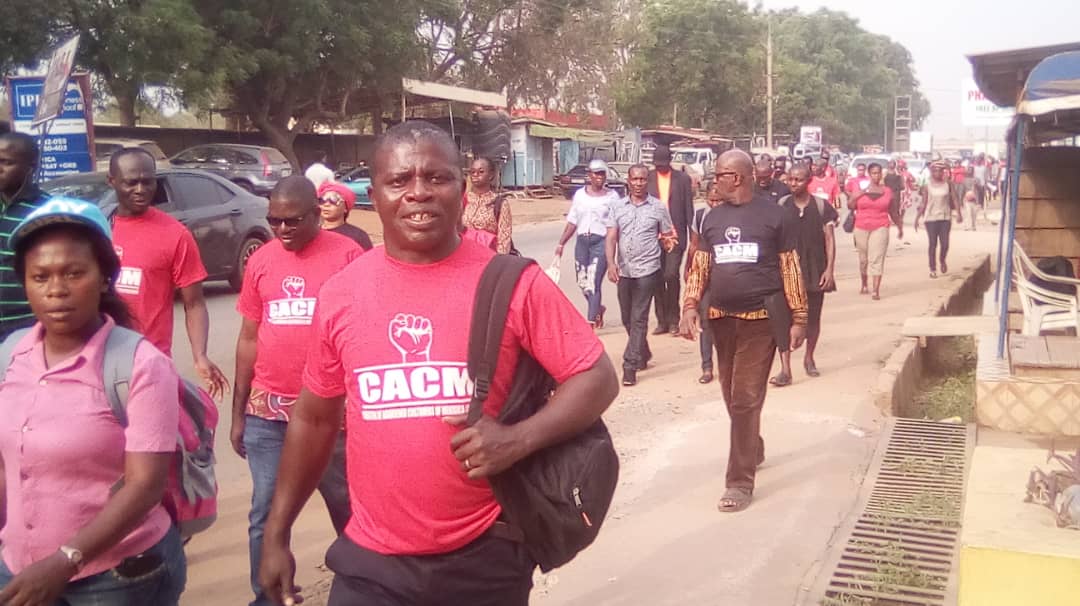 Aggrieved customers of MenzGold who have been chasing the folded up company for their locked up investments are calling on government to take responsibility of the crisis and pay them their money.

Spokesperson of the group Frederick Forson who spoke to BestNewsGH.com said, “I don’t understand why government is not taking responsibility for the problems with MenzGold. We are the same as other customers of Allied Savings and Loans among others which were shut down but government is paying their customers but is not showing any concern for us”.

Mr. Forson served notice of their intention to take on persons who were involved in the shutdown of MenzGold including Reverend Ogbarmey Tetteh, the head of the Securities and Exchanges Commission. He said, “after the court session today, we will now begin visiting all those who played a part in the shutdown of MenzGold. Maybe because they have not seen our faces they don’t know how serious we are. We will visit them in their churches as well”.

Another aggrieved customer who gave his name as Kwame said he was waiting for Nana Appiah Mensah at the court premises to take his money. He told BestNewsGH.com that,”for me am waiting for NAM 1 to take my money. If he gives me my money I won’t disturb him again”.

The customers who numbered over 50 walked from the Atomic Interchange at Madina to the Madina Magistrate Court where 92 of their colleagues are facing charges of unlawful entry, unlawful assembly, forceful entry and attempting to commit a crime after they besieged the residence of the founder of the gold-dealership firm.