Former President John Dramani Mahama has embarked on a merciless blocking spree on his official Twitter handle, leaving many users to question his level of tolerance. The former President who is also the flagbearer of the opposition National Democratic Congress (NDC) has been wasting no time in evicting users who express divergent views on his […] 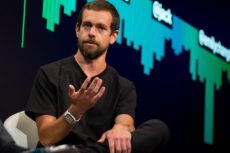 Twitter chief executive Jack Dorsey has capped a whirlwind tour of Africa by pledging to move to the continent for several months in 2020. Dorsey said in a message on the social media platform that he didn’t know where he would be living, but he planned to spend up to half of next year in Africa. “Sad […]

Economist and Business Consultant, Dr. Ebenezer Ashley has indicated that the Ghana cedi has recorded its all-time best performance for the first half of 2020 than the first six months of any year since 2012 against the U.S dollar. Dr. Ashley made these observations in an interview with our reporter on the current developments in […]