The two teenagers who allegedly killed a 10-year-old boy at Coca Cola, near Lamptey, a suburb of Kasoa in the Central Region, had initially planned to kidnap him to demand a ransom of GH¢5,000, according to the prosecutor. Putting the two teenagers before the Ofaakor District Magistrate Court Tuesday in their first appearance in court, the […] 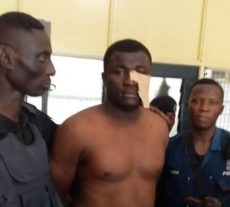 The prime suspect who is said to have killed two police officers in Gomoa Buduburam near Kasoa has been arrested.  Eric Kojo Duah, who has been declared wanted by the police was on his way to the Volta region en route Akosombo in the Eastern region when he was nabbed. According to the information from […]