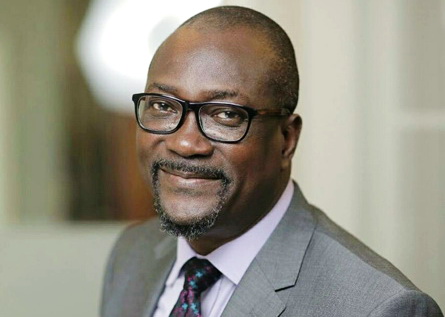 The Executive Director of the Ghana Centre for Democratic Development, Prof. H. Kwasi Prempeh, has described as ‘a constitutionally correct decision’ the Supreme Court Judgement affirming the right of Deputy Speakers of Parliament to vote.

“The court’s judgement is faithful to the text and structure of the constitution, as it is to the discernible intent behind the relevant provisions, as well as in harmony with sound reason and comparative practice in parliamentary democracies,” he said.

“In short, this is a constitutionally correct decision, no matter what one might feel about the outcome politically,” he said.

The Supreme Court last Friday came out with its reasons for giving a judgement that a Deputy Speaker presiding over proceedings in Parliament has the right to vote on matters for determination and be counted as part of the quorum for decision-making in the House.

In a unanimous decision of the seven-member panel, authored by Justice Yonny Kulendi, the court held that the 1992 Constitution did not place any restriction on a Deputy Speaker from being part of the quorum for decision-making and to vote on matters for determination.

In a statement in response to the reasons given by the Supreme Court, Prof. Prempeh noted that the longevity of a practice did not cloak that practice with constitutionality.

According to him, no matter how longstanding a practice, its constitutionality could not be established or presumed until and unless it was challenged in an appropriate constitutional case.

“Thus, the fact that this is how Parliament has done its business all this while is not a good enough argument, constitutionally speaking,” he stated.

Prof. Prempeh was of the view that in this particular case, the powers of a presiding Deputy Speaker when it came to voting in Parliament was exaggerated.

“Presiding does not, in and of itself, present much of a conflict of interest to cause a Deputy Speaker to forfeit their vote, especially if he or she were to be required by House rules to vote last or cast a vote only when there’s a tie,” he said.

He said another way to resolve the challenges of Deputy Speakers not voting was to make the Deputy Speakers non-Members of Parliament stressing that “make them like the Speaker; not an MP and, therefore, not entitled to vote.

“The Speaker does not vote, not because he presides over proceedings of the House; he does not vote because he is not a Member of Parliament,” he said.
Prof. Prempeh noted that so long as presiding Deputy Speakers were, first and foremost, MPs elected to represent communities of voters in Parliament, “Parliament cannot reasonably deprive them (and, for that matter, their constituents) of their right to vote merely by virtue of the fact of presiding over a sitting of Parliament.”

He explained that there was nothing really wrong with both Deputy Speakers being MPs and retaining their vote when they preside.

“This is why we must take the constitution seriously when it says that the 1st and 2nd Deputy Speakers must come from different parties. That way, the rival parties in Parliament will each have one Deputy Speaker and both of them get to vote when one presides,” he stated.

“All in all, a correct constitutional decision, albeit politically messy and unpleasant within the context of the circumstances of the 8th Parliament is still, not such a big deal,” he stated.