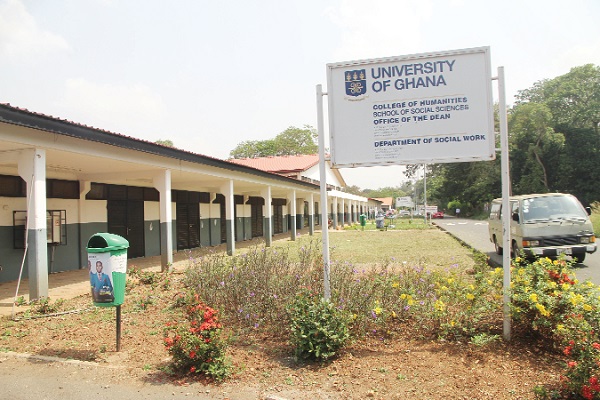 Students in public universities have called on the government to address the concerns of lecturers to enable them to return to the lecture rooms.

That, they said, would prevent the academic calendar from being disrupted.

They made the call in separate interviews with the Daily Graphic yesterday as the strike declared by the University Teachers Association of Ghana (UTAG) kicked in.

According to the students, failure to get the lecturers to return to work would draw back the academic calendar, which was yet to fully recover from the impact of the COVID-19 pandemic.

Members of UTAG had said they were withdrawing their services effective yesterday, January 10, 2022, until further notice.

They explained that the government had failed to address their worsening conditions of service (CoS).

“The National Executive Committee (NEC) of UTAG, at its meeting held on January 7, 2022, reiterated its resolve to follow through with the decision to withdraw teaching and related activities until further notice, with effect from Monday, January 10, 2022, and call on all UTAG members across the 15 branches to observe this directive,” a communique issued by UTAG said.

The communique was jointly signed by the President of UTAG, Prof. Solomon Nunoo; the Secretary, Dr Asare Asante-Annor, as well as the presidents of the various branches of the association.

The students interviewed on those campuses said they believed if the government addressed the problem once and for all, it would go a long way to ensure a stable academic environment for the country.

Students were seen in groups chatting and discussing the issue.

Others, who expressed frustration at the situation, decided to use the library, in anticipation of an early settlement of the impasse.

A student of the University of Ghana, Ms Juliet Annan, said it was quite unfortunate that lecturers had to resume the strike they had embarked on last year over the failure of the government to address their concerns.

“The government should try and settle the lecturers; we need them back. We just entered the New Year with high hopes to go through the academic year, only to be greeted with a strike,” she said.

Another student, Ms Juliet Ansah, said being a fresh student, she had hoped to start lectures today, only to be told that lectures could not come on because of the strike.

“We weren’t expecting this at all and the government should act now to save the situation, so that we are not left stranded on the campus,” she said while she was in the company of her friends.

A student of the UPSA, who gave her name only as Agnes, said although students had been having some online lectures for some time now because of a COVID-10 problem, she had hoped that they would continue yesterday, but that was not the case.

Ms Matilda Mintah of the GIJ said it was quite frustrating going through the strike because they boarded vehicles to school, only to be told that there were no lectures.

For her the part, Ms Kezia Annan said the lecturers should have taken the students into consideration, adding: “Nevertheless, the government must also do its part to settle them, so that we can go back to the lecture halls.”

Many students were seen idling on campus yesterday, while others were engaged in group studies outside their empty lecture halls.

Some of the students, made up mostly of freshmen and women, who spoke with the Daily Graphic on condition of anonymity said in spite of the decision by UTAG, they found it necessary to report on campus, since yesterday was the official reopening day.

At the University of Health and Allied Sciences (UHAS), first-year students were spotted moving around on the campus.

Most of the students expressed worry about the distraction the strike could have on the academic calendar.

Although the action did not affect private institutions, an official of the Evangelical Presbyterian University College in Ho, which is affiliated to the University of Cape Coast, said the UTAG strike would affect students who were due for graduation.