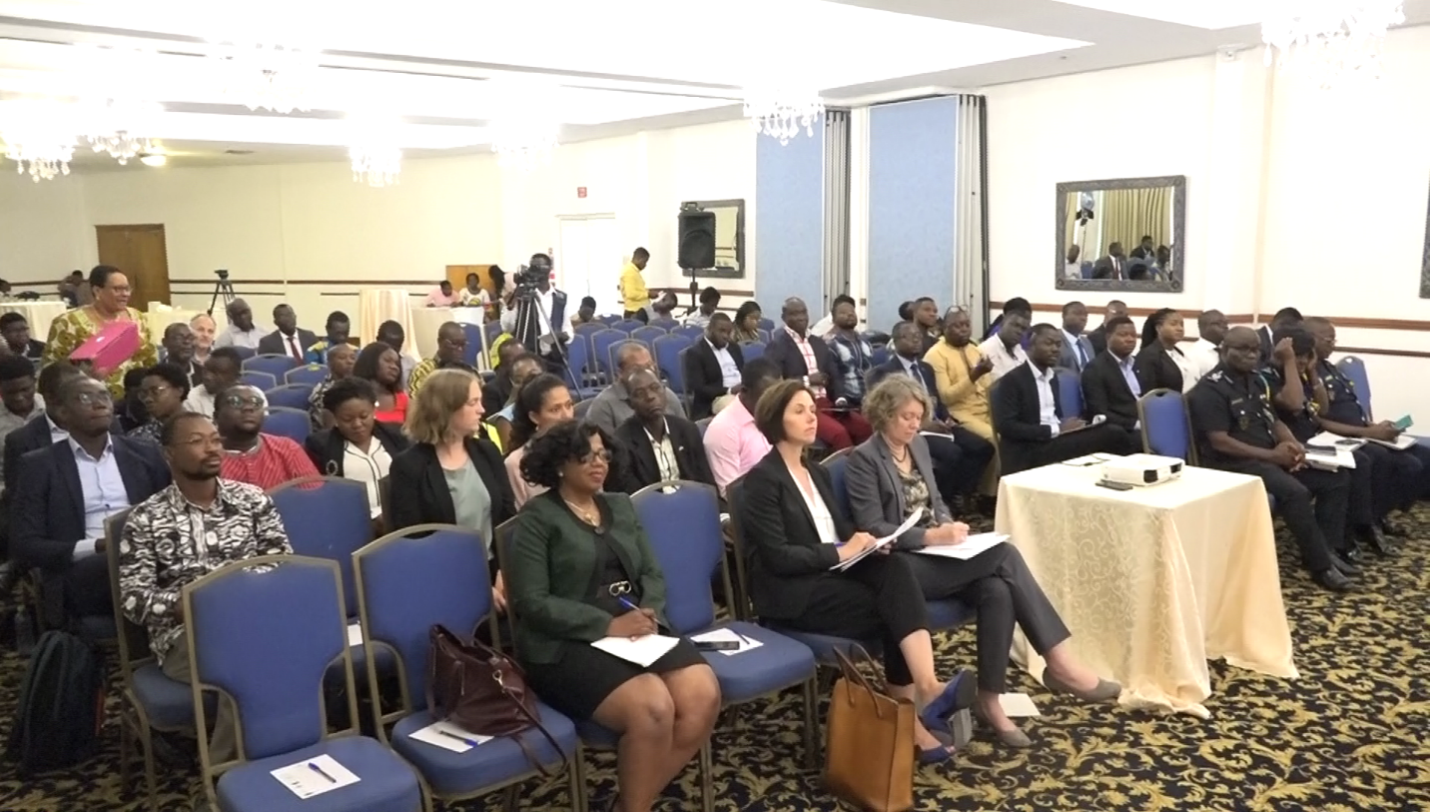 Stakeholders in the port and maritime industry have registered their displeasure towards some of the inefficiencies associated in the cumbersome clearance process at Ghana’s ports in a forum organized by the Ghana Integrity Initiative in Accra.

“These electronic devices can be manipulated by men. Now there are modern technologies. Why do we continue to use the outdated ones?”

Garvin Amarvie, Corporate Monitoring Manager of the Ghana Ports and Harbors Authority spelling out some bottlenecks stifling the efficient flow of activities at Ghana’s ports expressed discontentment towards the GRA on certain transitional measures carried out at the New MPS Terminal 3 which according to is depriving GPHA of what is due them.

“The system which has been in place is that boxes are moved from MPS to ICDs, only to sight a letter, which didn’t copy us, asking MPS that duties would have to be paid on all boxes before they leave MPS terminal 3,” he bemoaned.

The Corporate Monitoring Manager of GPHA, Garvin Amarvie suggested that government should be ably advised by technocrats on operational deficiencies in order to bring out policies that would promote efficiency.

“At times people in government are not advised properly. They do not get the right information they need to touch the sensitive areas which would enable them hover around a lot of things that would help them work well. We would crave their indulgence to interrogate the system well so they can come up with the best policies,” he urged.

Paul Nkrumah-Ababio, Assistant Commissioner added, “as public servants we always give advice. But it is up to government to take or not to take.”

The Assistant Commissioner explained the rationale behind the new policy of duties on cargoes being required to be paid at the MPS Terminal 3 before they are transported to Inland Container Depots and asked that time is allowed to see effects of the policy before changing it.

“We have all admitted that sometimes movement of containers from one point to the other, some do get missing. Government’s intention is to make sure every good that gets out of the MPS terminal which is a secluded area, duties are paid at first hand, so even when goods are diverted, government doesn’t lose money,” he explained.

Some members of the freight forwarding fraternity who intervene on behalf of traders registered their displeasure towards government on some policies introduced describing them as burdensome on the trading public and called for more participation from the private trading sector during policy formulation.

“Here is the case you’re asking us to pay duties on the vehicles before they are taken to the Golden Jubilee for devanning. This will be hard for a regular car dealer, who clears his cars one after the other. The worse thing is, we are not communicated to before coming out with these directives,” one freight forwarder bemoaned.

According to the President of the Ghana Institute of Freight Forwarders, there is the need for a governance structure that has an agency that has an overarching responsibility to direct every agency in the clearance chain to work towards a certain target.

“The Commissioner touched on masterminding a regulatory framework where everybody knows where they belong. This has been our cry for some time now. We have called for it, there was a semblance of it. The energy to see that properly blossom got dissipated along the line,” Kwabena Ofosu-Appiah expressed.

He said until this is done, agencies in the port would continue to work in silos, and inefficiencies would forever characterize the clearance flow.

Jacob-Amoako Mensah, Food and Drugs Authority, emphasized the need for all importers of consumables to be registered and be compliant with the FDA in order to not subject cargoes to detention, which hamper quick clearance.

“As one of the major stakeholders and advocates of the paperless port, we wouldn’t want to delay any trader unnecessarily. Our major challenge, however, is that the trading community do not know they need to register their products before they import them.

However, concerns were raised on the expensive fees and long period it takes to have goods registered.

Importers raised a problem that a fumigation levy is paid on cargoes brought into the country, which is supposed to cater for fumigation at the ports, but at the Terminal 3, fumigation is not done, yet the levy is still paid.

On the miscellaneous fee charged by Clearing agents, which are usually exorbitant fees charged for further facilitation rendered by agent, the GIFF president admitted that those fees are unwarranted.

Generally, the impression created at forum was that the port clearance system is cumbersome with so many inefficiencies hindering trade facilitation and the trader is the sufferer at the end.