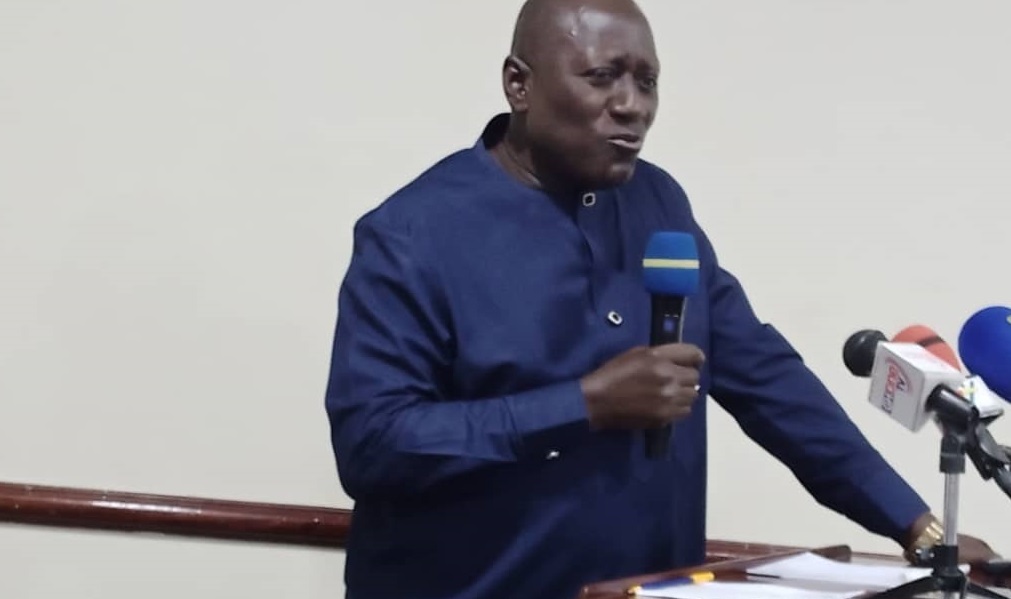 The Office of the Special Prosecutor (OSP) has recovered GH¢1.074 million from Labianca Company Limited, owned by Ms Eunice Jacqueline Buah Asomah-Hinneh, who is a an elected member of the Council of State representing the Western Region.

The amount the OSP has recovered represents a shortfall in import duties the frozen foods company paid to the state.

In an investigative report by the OSP Ms Asomah-Hinneh was accused of influence-peddling by allegedly using her position as a member of the Council of State and member of the Board of Directors of the Ghana Ports and Harbours Authority (GPHA) to get a favourable decision from the Customs Division for her company.

Influence-peddling or trading of influence is a form of corruption in which a person uses his or her position or political influence to gain unmerited
favours.

The OSP faulted a Deputy Commissioner of Customs in charge of Operations, Joseph Adu Kyei, for issuing what it described as unlawful customs
advance ruling which reduced the benchmark values of the frozen foods imported by Labianca Limited, thereby reducing the company’s tax obligations to the state,

“The OSP finds that there is strong evidence to suggest that Mr Kyei’s decision to issue a customs advance ruling for the applicant was procured
through influence peddling or trading of influence by Ms Asomah-Hinneh by employing her position as a member of the Council of State and member of the Board of Directors of the GPHA, the report, signed by the Special Prosecutor, Kissi Agyebeng, stated.

The investigative report, dated August 3, 2022, is titled: “Report of Investigation into Alleged Commission of Corruption and Corruption Related Offences involving Labianca Group of Companies and the Customs Division of the Ghana Revenue Authority.

But addressing Senior Customs officers at a retreat in Kumasi Wednesday, Colonel Damoah said the Special Prosecutor had attempted to indict himself and the Deputy Commissioner of Operations of the GRA in that investigative report.

He said the report about the Labianca Company Limited was a calculated attempt to dent his reputation and will fail.

Colonel Damoah also asserted that the Special Prosecutor’s investigation was “hollow and actuated by malice”.

“Anybody who has read that report very well, would know that basis of that and luckily for me, God is always on my side. Before that report came, that person had made statement to some people who had come (to tell me that), he was going to publish something that will discredit me and he will do that and I even sent people to go and tell him that he’s a small boy and I am older than him. I have lived a meaningful life and if he attempts to destroy me, it won’t be easy for him”.

“People have tried it, I have survived and this one too I will survive,” Colonel Damoah said to a rapturous applause by the Senior Customs Officers who had gathered at the function in Kumasi.

According to him, the claims are being made by a disgruntled former staff of the GRA.

Read also: ‘He’s a smallboy, I am older than him’ – Customs boss to Special Prosecutor

Col. Kwadwo Damoah alleged that the Special Prosecutor, Kissi Agyebeng had targeted him because he blocked one Mr Akurugu from being seconded to the OSP.

He added that he was ready for prosecution and as long as he remained Commissioner, he will ensure his officers are protected against intimidation.

“He (Special Prosecutor) calls me to his office in relation to LaBianca and at the end of it he talks to me about this same matter and I say yes it is not the Commissioner General (of GRA), I wrote it, go and check and I have my reasons, he will not be released to you, he will be in customs and then behind me he goes to resign, he is given the position of Commissioner of Police and he is now with your office and he goes to make allegations that Mr Adu Kyei and myself we hate him and they will deal with us, so that is it, that is the basis of that publication…”