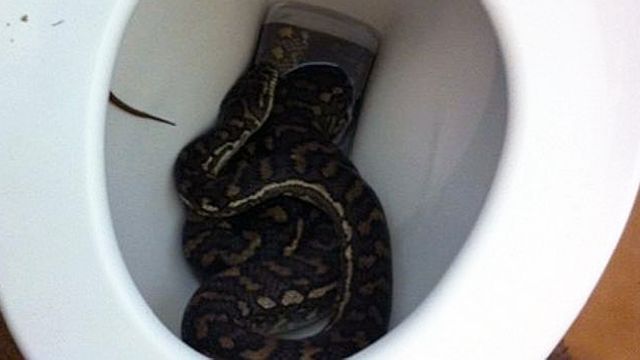 A snake has reportedly bitten the genitalia of a level 300 student at the Assin Fosu College of Education (FOSCO) in the Central region.

The student said he quickly stood on his feet after feeling a pinch on his testicles only to find the snake curled up in the toilet bowl.

His colleague told Adom News‘ Alfred Amoh that the victim encountered the incident while attending nature’s call in an abandoned toilet facility on campus.

He explained that, despite the availability of an ultra-modern toilet facility in the school, some students prefer to use the old facility.

The student told Adom FM that they heard the victim shouting for help, and they rushed him to the St. Francis Hospital in Assin Fosu.

A tutor at the school, Inusah Mohammad, who confirmed the incident, said the victim is responding to treatment.