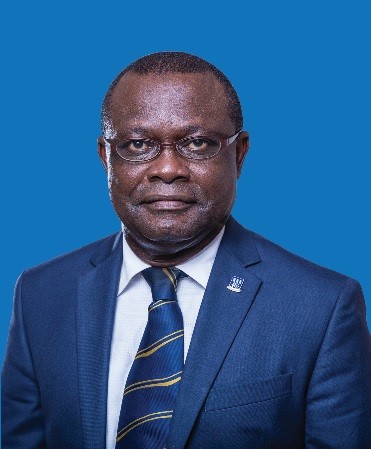 The Vice Chancellor of the University of Ghana, Professor Ebenezer Owusu-Oduro has described sexual harassment claims made by Andrea Pizziconi against him as borne out of desperation and frustration.

He insists that the accusations are not true and can never be true touting himself as a man of impeccable moral conduct who will never stoop so low to engage in such acts as claimed.

Reacting to the allegations of the Chief Executive Officer (CEO) of Africa Integras on Starr FM monitored by MyNewGh.com Thursday October 10, 2019, Professor Owusu-Oduro revealed that he exhibited much care with his dealings with her, adding that even though Ms Pizziconi wanted to meet with him alone, he always had other officials of the University present in every meeting they had.

“I have been extremely careful not to have a one on one with her, I have always insisted we meet in teams and she rejected that but I told her my style is that we meet in teams. The last time I met her, she insisted we meet alone in my office but I went ahead to invite my Pro-VC and one others to the office and she was surprised to meet them in my office,” he disclosed to Francis Abban of StarrFM.

The Vice Chancellor was categorical in his denial, arguing that anyone who knows him well will not doubt his integrity and professionalism in his endeavours.

“The claims are not true and can never be true. If you know me so well you wouldn’t be asking me that question. It can’ be true. I met her because of the project and I never meet her alone. I have never had any personal engagement with her. All our meetings with this woman has been extremely business ones,” he emphasized in the interview.

Ms Pizziconi in the wake of the sex for grades documentary by the BBC has accused the Vice Chancellor of the University of Ghana of having sexually harassed her and refused to work with her when she refused to give into his demands. This, she alleged, led to the stalling of the deal between her company and the University of Ghana and her subsequent vilification in the media.