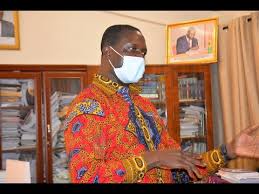 Education Minister-designate Dr Yaw Osei Adutwum is insisting schools will remain open in spite of the surge of covid-19 cases recorded in some schools.

The nominee explained that measures put in place in various educational institutions by the government make them currently the safest place for students.

He made these comments when he appeared before the Appointments Committee of Parliament on Thursday.

Dr Adutwum also revealed the military has been engaged in the distribution of personal protective equipment to all schools to curb the spread of Covid-19.

“I was assured that initially there were challenges but the military stepped in and they have distributed PPEs to students across the country,” he told the panel.

On the issue of why he voted against the motion requesting President Akufo-Addo to absorb fees for tertiary students, he argued that the removal of the guarantor system would address the issue.

Dr. Adutwum further suggested the need to “streamline the procedure through which students secure loads.”

“I personally feel strongly that it should be done at the time of applying for the universities,” he said.

He also dismissed claims that government received funding from UNESCO for the implementation of the Comprehensive Sexuality Education Programme.

Meanwhile, Minister-designate for Finance, Ken Ofori Atta, Minister Designate for Attorney General and Ministry of Justice Godfred Dame and Nominee for the Ministry of Parliamentary Affairs and Majority LeaderOsie Kyei Mensah Bonsu are scheduled to appear before the committee on Friday.