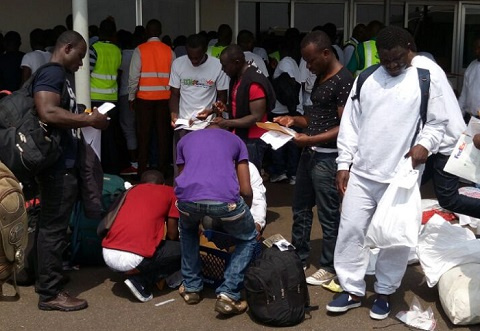 Officials in Saudi Arabia have deported a total of 22 Ghanaians from that country after detaining them for four months BestNewsGH.com can confirm.

The deportees, aged between 21 and 38 have been working in that country as house-helps with falsified documents over a period of time.

Immigration officials at the Kotoka International Airport (KIA) in a statement confirmed the deportation of the victims.

The statement added that the deportees also suffered serious assault and asexual abuse at the hands of their ‘masters’ in Saudi Arabia.

A report by the Ghana Immigration Service confirms that over 2,000 young Ghanaian women were stranded in Kuwait, Qatar, Saudi Arabia and Lebanon only after five months of reaching the countries through fake recruitment agencies that promised them lucrative jobs in 2015.

Read the statement below: 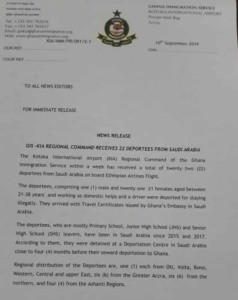 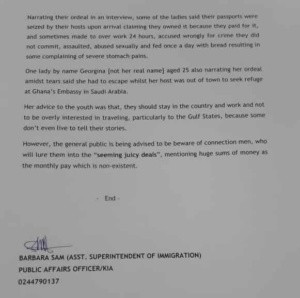