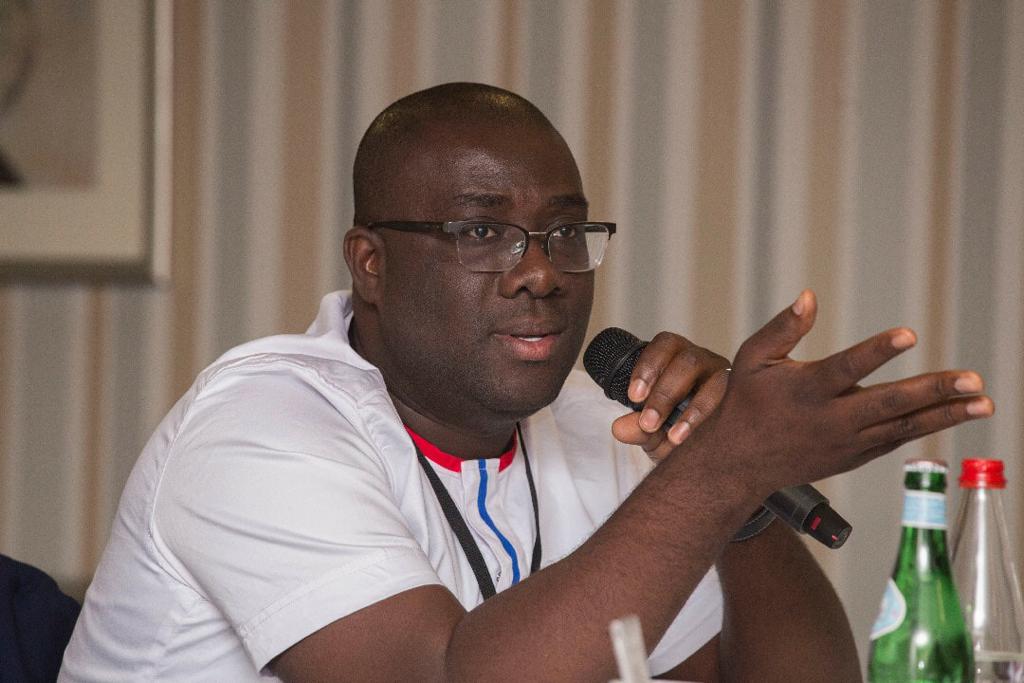 Opposition National Democratic Congress (NDC) strongman, Dela Coffie has eulogized the National Organiser of the ruling New Patriotic Party (NPP), Sammi Awuku, saying he is poles ahead of his counterpart in the NDC, Joshua Akamba.

According to him, the strategy Mr. Awuku is deploying to tackle party organization ahead of election 2020 is something he greatly admires.

‘’I greatly admire the strategy Sammi Awuku is deploying to tackle party organisation ahead of election 2020. He seem to be doing something right with his local and international empowerment/capacity building workshops for his regional organisers and party executives’’ he wrote on his Facebook Page a while ago.

He added that ‘’The guy simply knows his stuff and the political turf so much that his strategies are beginning to make the NPP very attractive to the Ghanaian youth. It is such a shame that when the NDC had the opportunity in government, its party structures and officers were rather weakened while entertainers like #AkuaDonkor and some so-called celebrities got empowered through dozens of foreign trips and whatnot’’.

‘’People, election 2020 will be won by the party with the best strategies. Let’s take a step back, examine real facts, not rhetoric that is preached daily and pay attention to basic details.

So much for throwing mud while shooting blanks…’’ Mr. Coffie concluded. 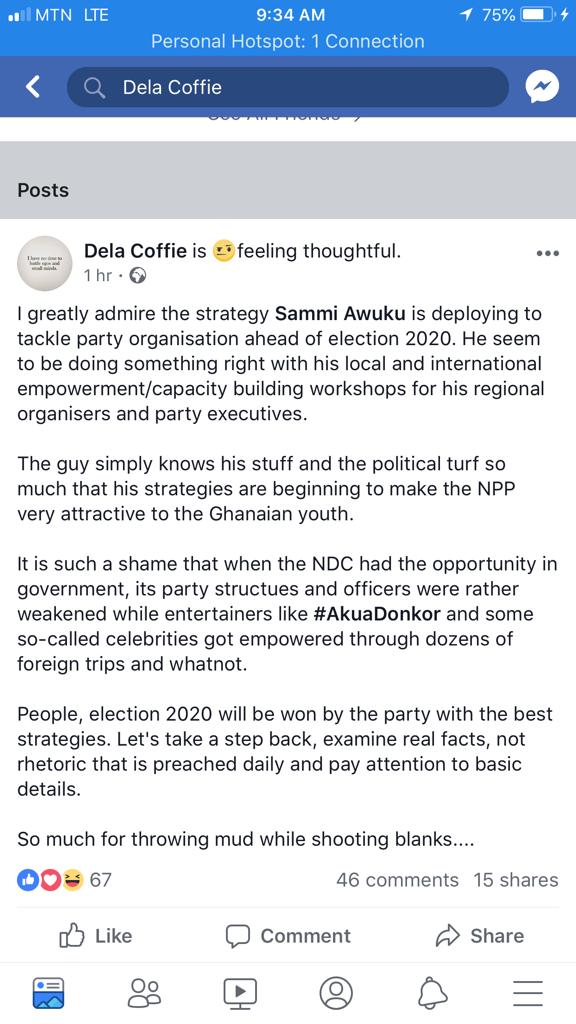