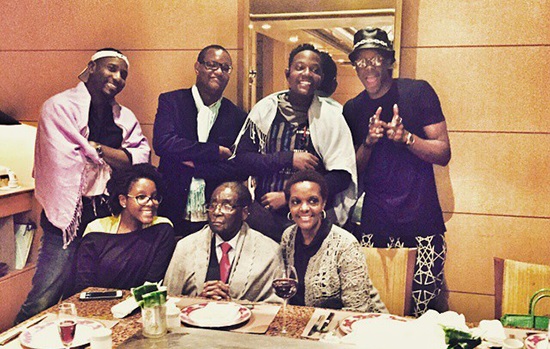 Zimbabwe’s ruling Zanu-PF party will transfer ownership of the palatial home in which the late President Robert Mugabe lived in the capital, Harare, to his family, the state-owned Herald newspaper has quoted a party official as saying.

The “clarification” by Zanu-PF’s secretary for administration Obert Mpofu followed speculation that the party intended to turn Mugabe’s Blue Roof mansion into a museum, and to derive an income from it, the newspaper reported.

The party would also transfer ownership of a second home, occupied by Bona Mugabe-Chikore, the daughter of Mugabe and his widow Grace, to the family, the Herald quoted Mr Mpofu as saying.

“Nothing has changed on the party’s commitment to transfer the two properties,” Mr Mpofu was quoted as saying.

Mugabe’s family spokesman Leo Mugabe had recently confirmed that the ex-president, who ruled Zimbabwe for 37 years until he was ousted in 2017, did not own either the Blue Roof mansion or the Mount Pleasant house, the newspaper reported.

“The issue of properties is being handled by the president. He is handling the issue to ensure the family is safe. I was told by President Emmerson Mnangagwa that the party will help to transfer the title deeds of the properties to the former president’s family,” he was quoted as saying.

Mugabe was laid to rest at his rural home on Saturday, ending friction between the government and his family over his burial.

The family rejected the government’s plan to bury him in a specially built mausoleum in Heroes Acre in Harare, where liberation war heroes are buried.

He died on 6 September at the age of 95. His family said he had been “a sad, sad, sad man” after Mr Mnangagwa ousted him as president with the backing of the military.