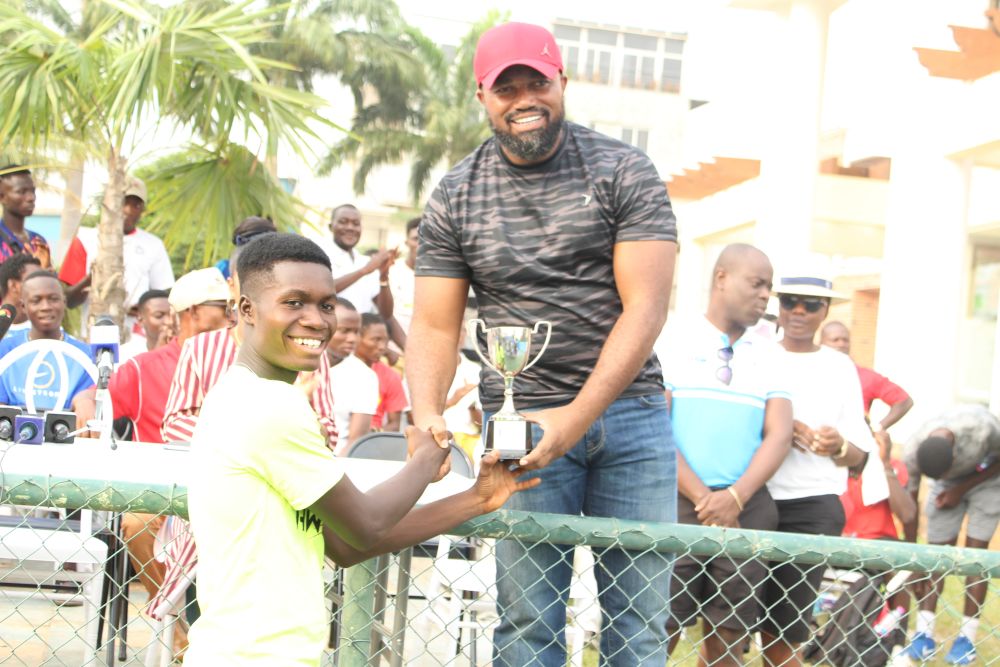 The tourney was sponsored by Dr. Daniel Mckorley, Group CEO of Mcdan’s Group of Companies in collaboration with Ghana Tennis Federation with support from Tennis Foundation Ghana.

Okantey controlled his play from the back of the court with his fluid two handed backhand and heavy forehead and won 6-2,3-6,6-3.

Okantey jumped on top from the start, breaking Johnson in the first game. The 2018 Tour 6 Champion Johnson missed all five first serves that game, and, at 15/40, Okantey pounced on a second serve, smashing a forehand cross-court that Johnson netted. Okantey solidified the break with ease, acing Johnson for the first time for a 2-0 lead.

Johnson eventually settled in as well, mixing in drop shots against Okantey  to hold for 3-2. Both players looked for ways to keep the other off balance. But Okantey’s serve was ultimately the difference in the first set against Johnson, who couldn’t find a way to break Okantey. Okantey landed almost 75 per cent of his first serves, and sealed the opener with a service winner out wide on the deuce court and won the set 6-2.

Okantey was surprised by his play in the second set. So he decided to stick to his successful tactics in the first set, seeking to tee off on Johnson’s serve and push the Tour 6 Champion behind the baseline to start the point. With Johnson serving at 30/30, 1-1, Reginald stepped onto the court and blasted an inside-out backhand winner to see his first break point of the set. 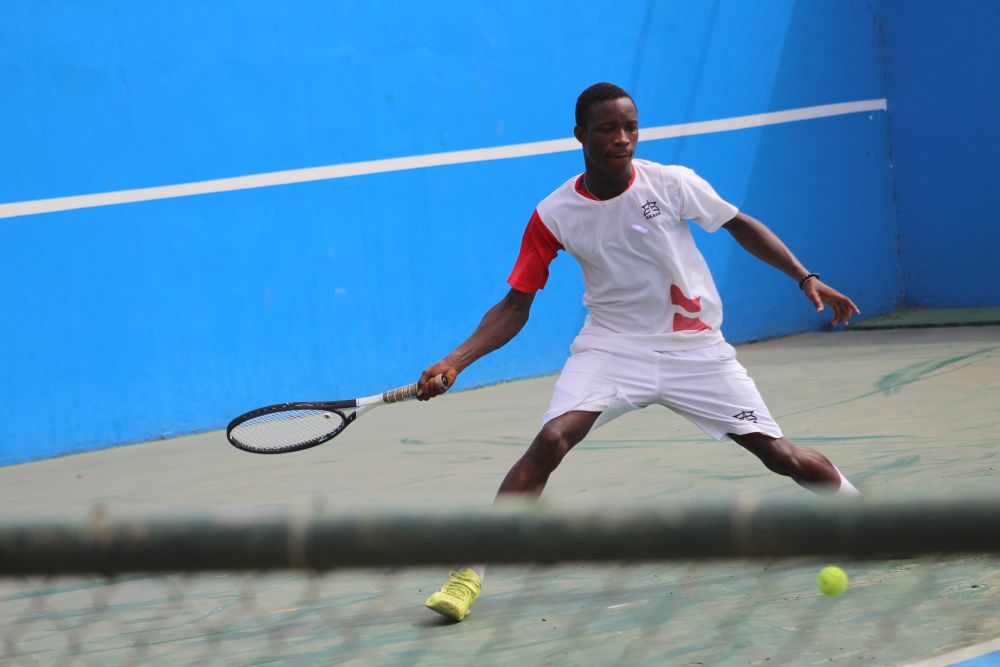 The next point, after an aggressive return from Okantey, saw Johnson netting a tentative forehand into the net and had another early break at 2-1. Johnson found success in moving Okantey from side to side at the back of the court, but after eight service games, Johnson had still not seen a break point. He had to fight to hold his serve as well, erasing another break point at 2-4.

In the next game, meanwhile, as Johnson grew more frustrated, Okantey swelled with confidence, holding to love with a forehand winner. 16 edition Accra Senior Open Champion Okantey would finish with 16 winners, compared to 14 unforced errors, for the match. He’d end the contest with his third break of the final. Johnson double faulted to give Okantey a match point, and then Johnson lifted a backhand long as Okantey prepared to celebrate the biggest win of his life. 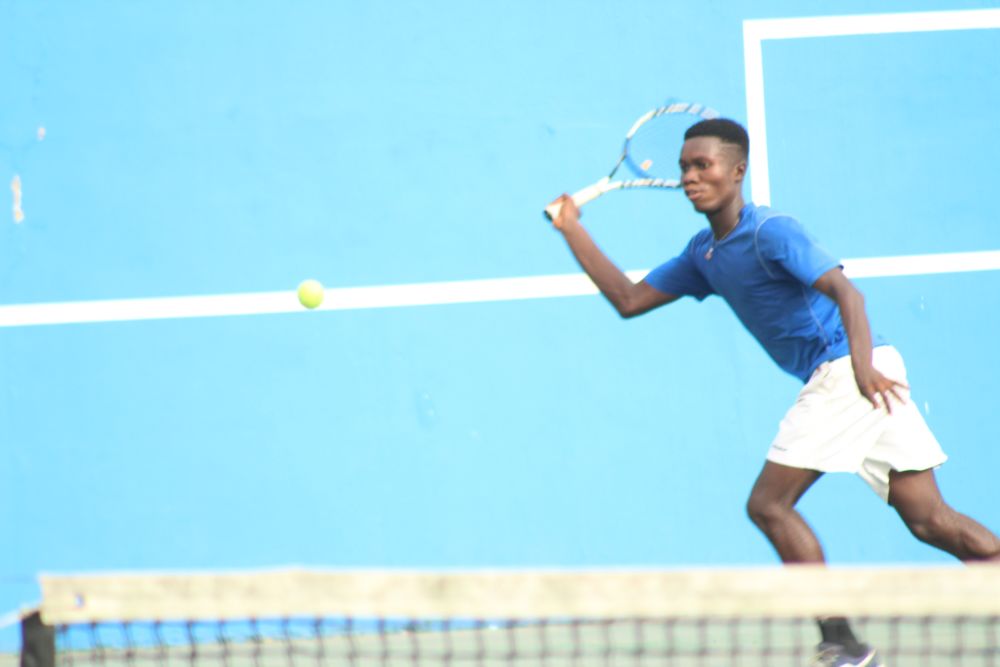 After the win Okantey told ghanatennis.org that”It feels amazing. Obviously this is a very special trophy for all of us as players. Obviously it’s quite astonishing winning this title, beating two top players back to back, namely, Samuel Antwi in the semifinals and Johnson Acquah in the finals. It means so much. I’m incredibly happy and incredibly proud of this moment.”

For now though, the Mcdan 18 and under Boys Champion is only thinking about one thing.

“I don’t really want to be thinking about next year too much now,” Okantey said after the final. “I’m going to rest and have time with my friends, and then afterwards I’m going to do everything I can to prepare myself. I’m going to work really hard. And then we’ll see what the 2019 season brings.”

CEO of Mcdan Group of Companies, Dr. Daniel Mckorley said, “I am really impressed with the kind of tennis exhibited by these players but there is room for improvement. We have to be more serious if we want to take these boys far.”

He added that, “My outfit is always ready to uplift the ladder for Ghana tennis”.

A special award was given to Mrs. Abigail Mckorley by the Secretary General of Ghana Tennis Federation Mrs. Philipina Frimpong for the support she had given to Women’s tennis.