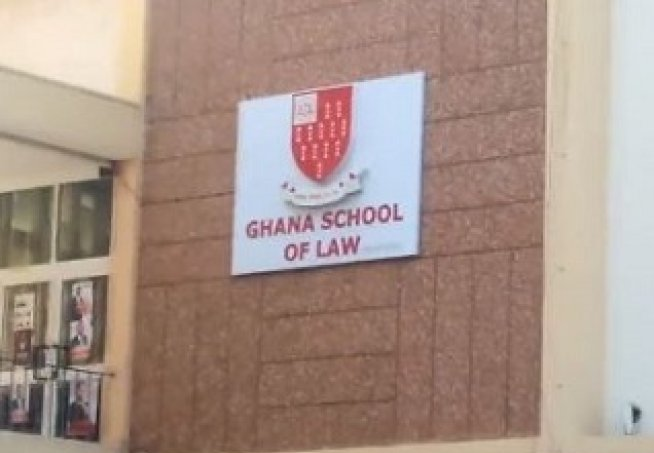 Varied public opinion and discussions have greeted the decision by the Independent Examinations Committee (IEC) of the General Legal Council (GLC) not to disclose the pass mark for this year’s entrance examination into the Ghana School of Law (GSL), and also for the candidates to sign an undertaking not to challenge the results.

Critics including lawyers, law students and some civil society organisations have poured scorn on the decision, describing it as a setback for the development of legal education.

However, those in support of the decision said the GLC was being practical owing to the limited space in the GSL as compared to the overwhelming number of Bachelor of Laws (LLB) graduates who want to enter the Ghana School of Law to read the professional course.

For critics such as the National Association of Law Students (NALS), the decision was arbitrary and an attempt by the GLC “to manipulate the number of candidates considered for admission.”

Also, a lawyer and regular critic of the GLC, Prof Stephen Kwaku Asare, has called on LLB holders to boycott the entrance examination whilst the Vice President of Imani Africa, Kofi Bentil, has said “it is oppressive and unconscionable” for the GLC to take such a decision.

However, one of the supporters of the decision, Kofi Opare Hagan, a UK-based Ghanaian lawyer, in a post on Facebook, said the decision by the GLC was in the right direction as it was driven by the practical challenges facing the GSL.

“The GSL has a certain number it can take. Well, let them all write the exams and then, post exams, we determine the cutoff based on the general performance. This isn’t rocket science. It is easy to figure it out. And that is the only way they can work around the problem,” he stated.

On July 18, this year, the GLC opened the application for LLB graduates to apply to write the entrance examination for admission to read the professional law course at the GLS.

The entrance examination which will be held on September 23, this year, will comprise two compulsory questions chosen from any of the six basic law courses <\a> Law of Contract, Law of Torts, Criminal Law, Law of Immovable Property, Constitutional Law and Legal System and Methods.

However, unlike last year that the GLC announced the pass mark as 50 per cent of the total score, this year, the pass mark was missing in the Council’s announcement.

Also, as part of the requirements, candidates for the entrance examination are required to sign an undertaking that they would accept the results released by the IEC as final.

“No request for re-marking of scripts, re-tallying of scores or review or marks shall be accepted. Candidates cannot also request to see their marked answer scripts or the marking scheme used for marking the questions,” the undertaking stated.

NALS, in a statement released Monday (August 1, 2022), said the refusal by the GLC to disclose the pass mark and for the prospective students to sign the undertaking was part of the opaque system the Council had used to run legal education in the country.

According to NALS, the decision was illegal and an affront and violation of a High Court decision in 2020 which held the undertaking to be arbitrary, unlawful, null, void and of no effect.

“Presently as it stands now, LLB holders are being asked to take an exam, without knowing what the minimum threshold to pass the exam is. Additionally, we will not be allowed to seek a review of our scripts,” the statement said.

NALS called on Parliament, the Ghana Bar Association (GBA), the Right to Information Commission (RTI) and the general public to help speak against the GLC to push the it to do what was “fair, right and transparent pursuant to Articles 25(2) of the 1992 Constitution.”