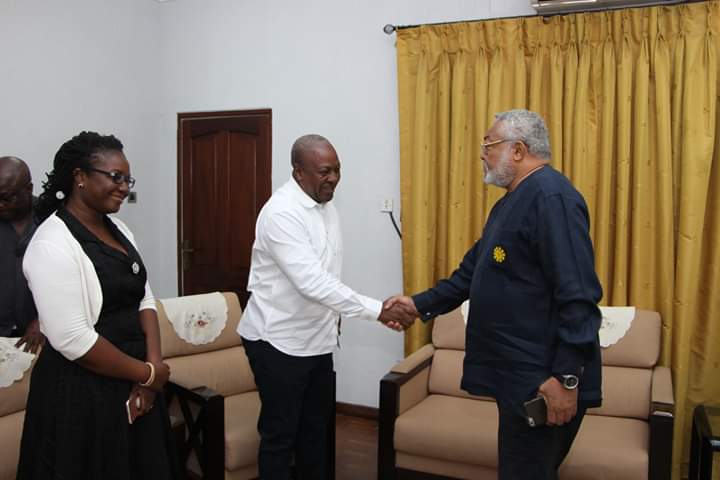 Founder of the opposition National Democratic Congress (NDC), Flt. Lt. Jerry John Rawlings has called on the leadership and the grassroots of the party to work together and re-embrace its core principles.

According to a statement issued by the office of the former president and signed by Kobina Andoh Amoakwa of the communications directorate, the move is aimed at carving a positive message and image for the NDC.

The former president also congratulated the other presidential candidate aspirants for the dignified manner in which they conducted themselves.

‘’My congratulations also go to all the other candidates for the dignified manner they conducted themselves throughout the process and for accepting the results in a mature and good-natured manner’’. 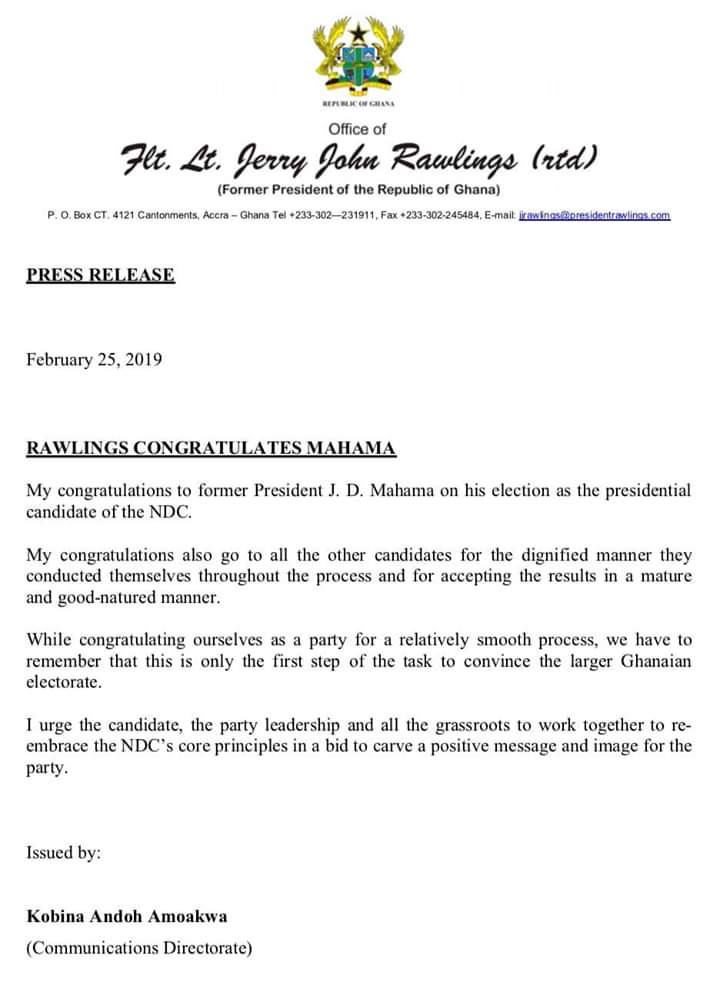