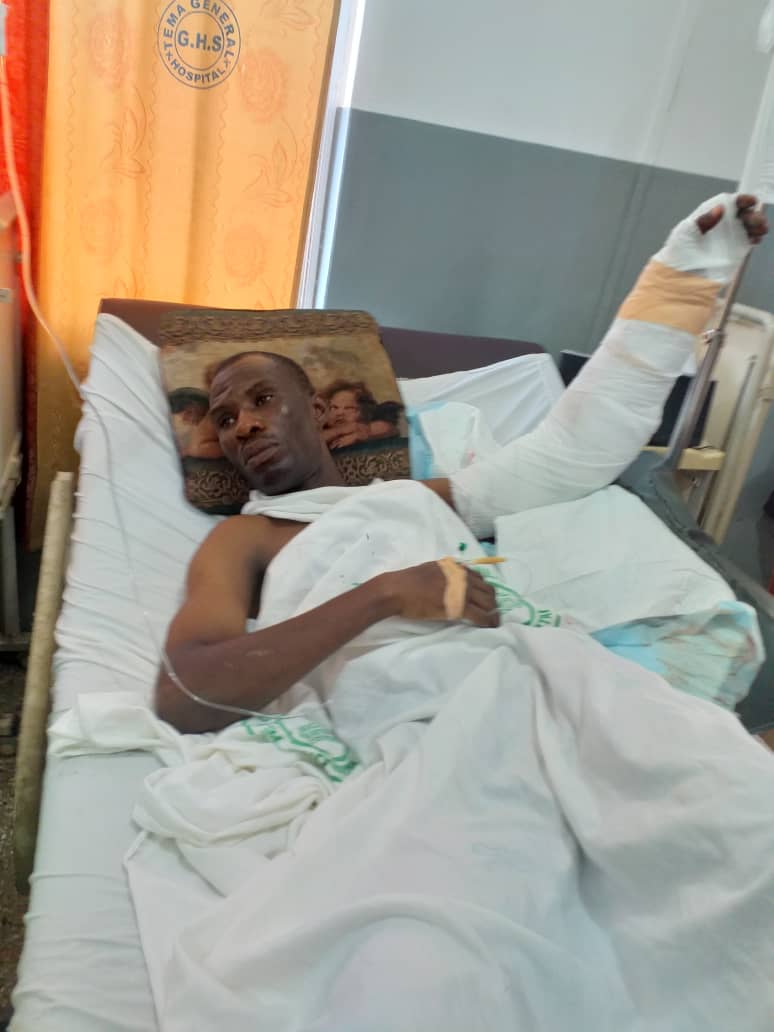 The wounded Police Outrider, Sergeant Atsu Sekeh who was ambushed by unknown gunmen over the weekend has been transferred from the Tema General Hospital to the Ridge Hospital in Accra

The Director General of Police Public Relations Directorate, Assistant Commissioner of Police (ACP), Mr David Eklu, disclosed this to The Chronicle on Tuesday.

According to ACP, Mr Eklu, the rider on Saturday escorted former President, Flt Lt Jerry John Rawlings from Accra to Aqua Safari at Ada in the Dangme East District of the Greater Accra Region.

The Sergeant, stationed at the Central Motor Traffic and Transport Division (MTTD), has been assigned to the security detail of the former president.

Returning home at Gbetsile after the official duty at about 2200Hrs and upon reaching Community 22 intersection on the Tema-Akosombo highway, without any provocation was greeted with several pellets discharged from the barrel of gun (s) by occupants of a blue Toyota Corrolla, sending the bike with registration number GP 4405 crashing to the ground.

A Good Samaritan driver quickly informed  the motivated Motor Patrols Unit who were conducting snap check at Afariwa Junction, a distance less than a kilometer away.

Upon arrival at the scene, the criminals had vanished leaving Sgt Sekeh badly wounded.

They took him to the Tema General Hospital for medical attention.

On Sunday, 14th July 2019 at about midday, armed men in a blue Toyota Corrola with registration number GG 991-18, stormed the Tema Motorway Roundabout Shell Filling Station and at gunpoint robbed the facility of unspecified amount before speeding off.

Intelligence sources within Tema concluded that the gangsters who raided the fuel station were traced to occupants of the car from where pellets flew and got buried into the physical body of the outrider.