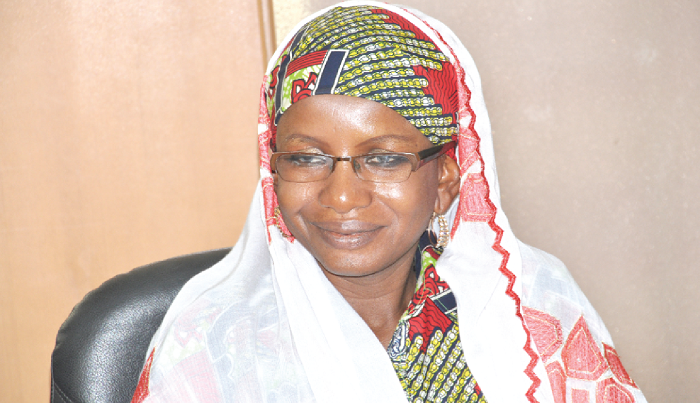 National Chairman and Leader of the Convention People’s Party (CPP), Professor Edmond Delle has resigned as his position.

In his stead, the Central Committee of the Party, has installed Hajia Hamdatu Ibrahim as acting Chairman and Leader of the Party.

A statement signed by the Acting General Secretary of the CPP, James Kwabena Bomfeh Jnr. read in part that ‘’Her installation was on account of the unanimous acceptance of the resignation of Prof Edmund N. Delle as the Chairman and Leader’’.

The statement added that Prof. Delle’s resignation which was dated May 13, 2019 followed what was described as the ancestral call to lead his people as the Paramount Chief of the Nandom Traditional Area.

‘’The Party Congratulates Prof Delle on his enskinment as Naa Prof. Edmund N. Delle Chiir VIII and wishes him the very best in his new leadership role. It is the prayer of Party members that he would excel as the leader of his people to impact positively on Ghana as a whole’’ the statement opined further.

Hajia Ibrahim until her investiture as Chairman and Leader was the elected First Vice Chairman of the Party. Thus, she automatically became the candidate to step into the vacancy created by the resignation of Prof Delle.