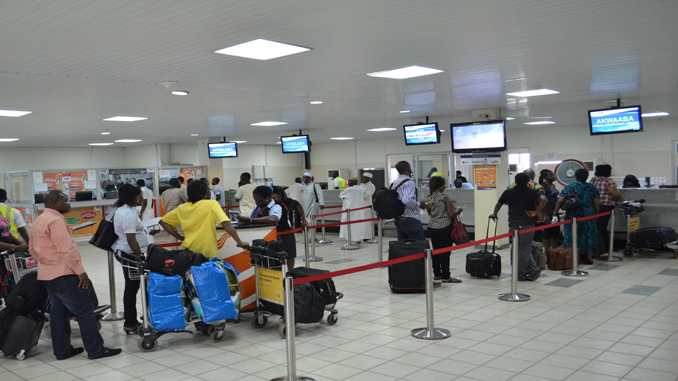 An imminent takeover of the management of the Kotoka International Airport by a private Turkish company, TAV Airport Holding Company Limited has been confirmed by a leaked cabinet memo.

The takeover which is being championed by the Ministry of Aviation is  under consideration by government.

The deal, it it goes through will see the private entity take control of the day to day operations, including facility maintenance and fees collections.

The cardinal objective of the move according to the memo is to help bring about physical development of the airport enclave and transform the KIA into a world class airport with improved managerial efficiency.

“As payment for their services, the concessionaires receive a percentage of the gross revenues from the operation of the airport but are required to pay the airport owner the greater of this percentage amount or a minimum annual guaranteed amount” the proposal read in part.

It continued that “The Concessionaires assume most of the risk for potential downturns in the airport revenues but also receive a greater reward if there is an unexpected increase in airline passenger traffic.”

Additionally, terminals at the Kotoka International Airport will be managed by “airlines or other airport managers.”

The document was explicit however that “ownership of the airport and its operations are the responsibility of the State. The State recovers from the terminal manager its allocable operating and maintenance expenses according to the guidelines of the terminal lease. The terminal manager will pay all other operating and maintenance expenses and in turn recover all the costs and expenses, in addition to management fee, from the airlines through quarterly user charges.”

The document prepared by the Aviation Minister Joseph Kofi Adda for cabinet consideration argues that the participation of the private sector “will bring about the needed equity investment for the transformation of the sector thereby making the KIA achieve the competitive status within the West African Sub-region and continent as a whole.”

“The action by government will promote sound development of airports in Ghana with due regards to the interest of airport users and the general public. This partnership will promote efficient and economic development and cooperation of airports not only within Ghana but with airports and airlines worldwide to foster growth in all sectors of the economy,” it added.

The airport is currently being managed by the Ghana Airports Company Limited and its is unclear what the fate of staff of workers of the company will be should government decide to go ahead with the privatization.