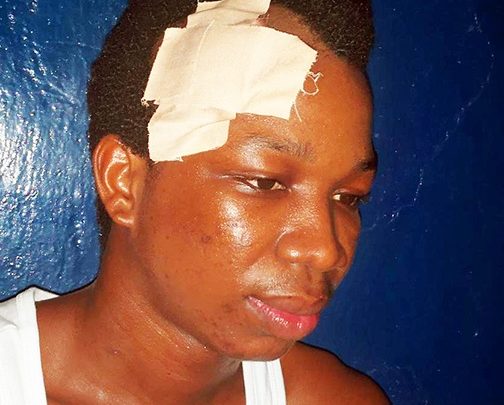 The inability of the prime suspect in the murder of Mrs Josephine Tandoh Asante to post bail bond nearly caused him his life in the Nima Police Station cells over the weekend.

During one of the appearances, Her Ladyship Mrs Akosua Anokyewaa Agyapong, Presiding Magistrate at the Tema District Court, cautioned the police to ensure the safety of the prime suspect, Christian Agyei.

She went on to state that the suspect’s health was vital since the courts cannot try a dead body.

Mrs Agyapong’s caution followed a complaint by the suspect that he was being maltreated by other inmates in the cells at the Nima Police Station.

Over the weekend, an inmate allegedly hit the head of suspect Agyei with a metal object which resulted in excessive bleeding.

According to sources, detectives from the Homicide Unit of the Criminal Investigation Department (CID) were called upon to rush him to the Police Hospital, where he was treated and discharged.

Agyei was, however, returned to the police cells because of his inability to meet the bail conditions.

The Accra High Court, presided over by Justice George Buadi, on August 2, 2019, granted bail to suspect Christian Agyei in the sum of GH¢200,000 with two sureties, one of whom shall provide justification.

Mrs Josephine Tandoh Asante, Marketing and Public Affairs Manager at the Tema Port of the Ghana Ports and Harbours Authority (GPHA), was found murdered on January 13, 2019 in her Emefs Hillview Estates, near Afienya in the Ningo Prampram District of the Greater Accra Region.

After interrogating a number of persons, two of them, Christian Agyei, houseboy, and Amos Apeku, her official driver, were detained to assist with police investigations.

The police during investigations made a series of requests through the Tema District Court for analysis at the Forensic Science Laboratory (FSL).

security sources intimated that since none of the samples matched those obtained at the scene, and upon submission made by counsel, which was accepted by the State Attorney, the judge granted the bail.

Meanwhile, the Nima Divisional Police Command is to launch full-scale investigations into how a deadly metal object found its way into the police cells.

A source at the Police Headquarters, who was fuming with rage over the incident, stated that the cell is known to be protective custody for the fact that the suspect there is insulated from any harm.

This, the source stated, was the reason why the inmates are not permitted to carry with them, for example, long clothes and waist belts to facilitate suicide.