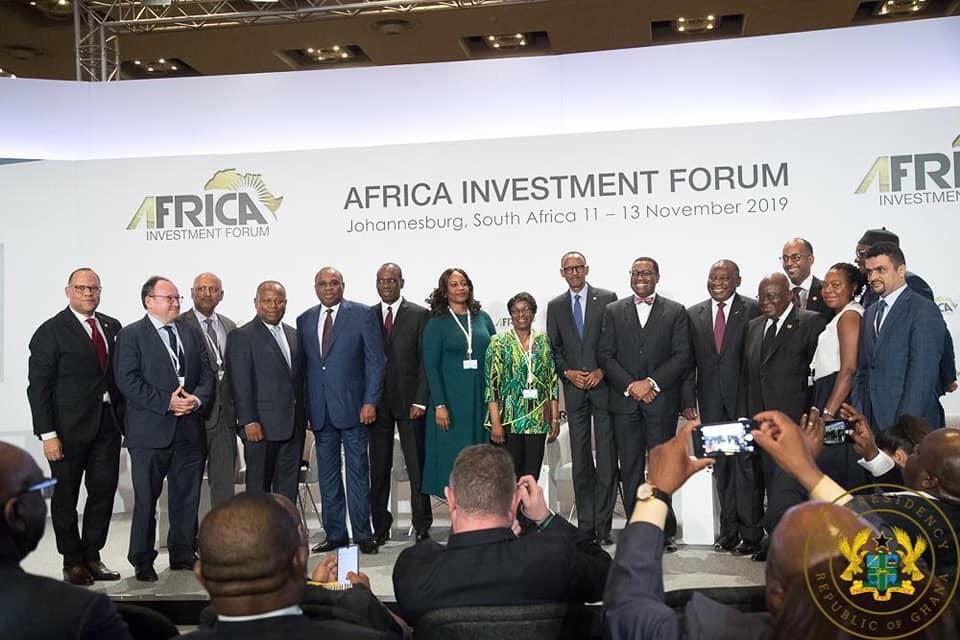 The President of the Republic, Nana Addo Dankwa Akufo-Addo, says his government has succeeded in turning around the fundamentals of Ghana’s economy, which he inherited from the Mahama administration, ensuring that, currently, all the fundamentals are pointing in the right direction.

According to President Akufo-Addo, “we inherited a situation with a large fiscal deficit, which has been turned around now; considerable imbalances in the way in which our economy was being run have also been turned around; a 15.4% inflation is today at 7.6%, the lowest in two decades. These are the building blocks for us.”

The consequences of this turnaround, he explained, have been that, “in these three years, we have had one of the fastest growing economies not just on the continent, but also in the world, with this year being a 7.6% growth. It has been consistent over these last three years.” 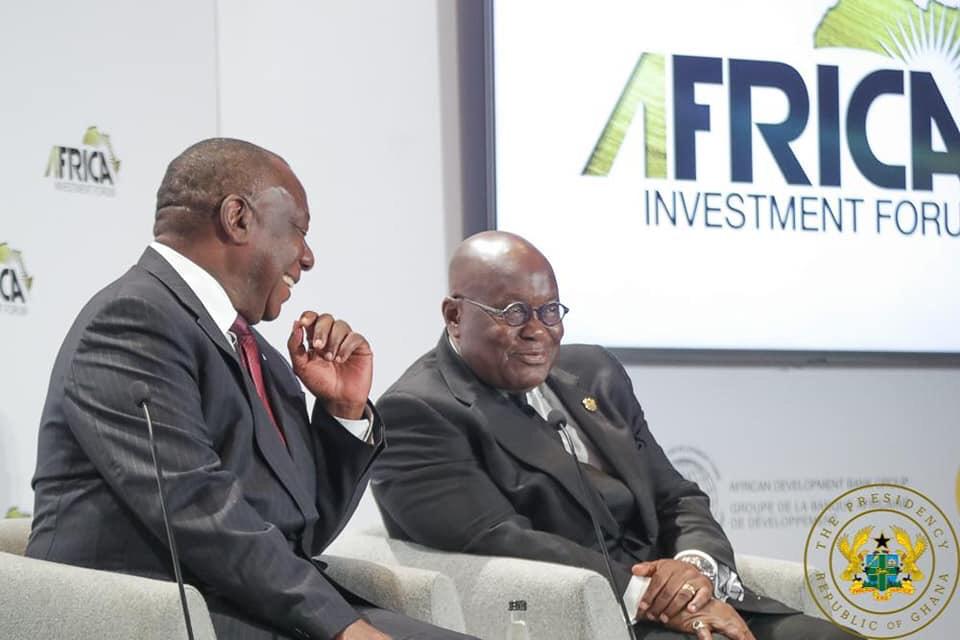 The President made this known on Monday, 11th November, 2019, when he spoke, as part of a panel including President Cyril Ramaphosa of South Africa and President Paul Kagame of Rwanda, at the Africa Investment Forum’s “Invest in Africa’s Space” event, currently ongoing in Johannesburg, South Africa.

Reiterating his determination to maintain fiscal discipline, in the management of Ghana’s public finances, President Akufo-Addo stated that “this has been our major objective, and so far so good we are realizing this.”

Despite 2020 being an election year, which in subsequent years has been characterized by excessive budgetary overruns, the President told the Forum made up of investors from across the world that “we are resisting the temptation, in an election year, to turn on the tap, hoping that the work we have done will take us through, without having to do that.” 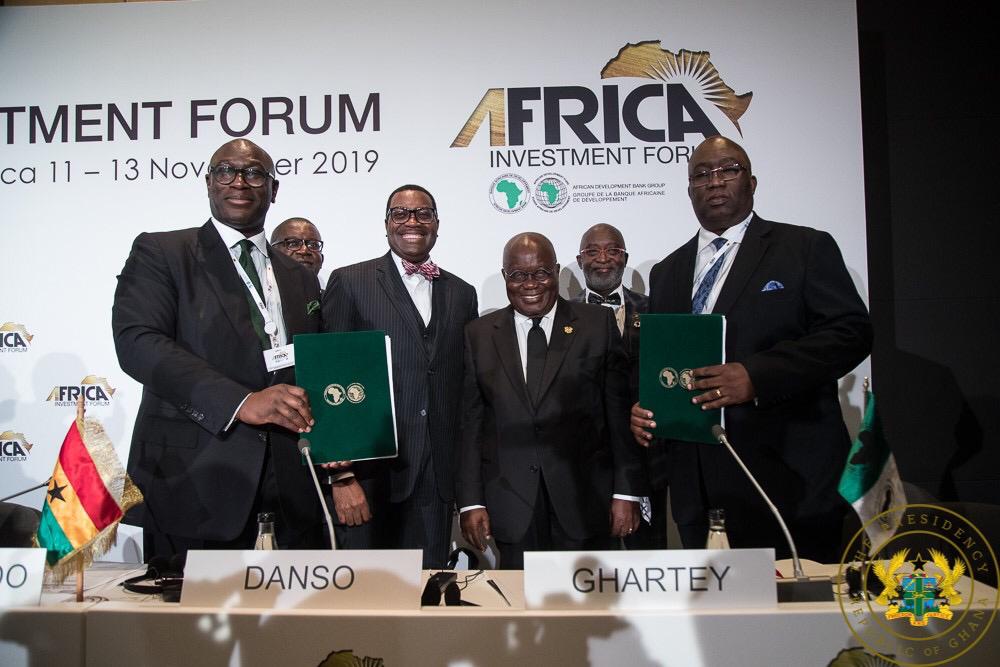 “In fact, last year, an important initiative launched, which is bearing fruit, is the Accra SkyTrain project in which South African investors are taking a very keen interest. We are hoping that we would be able to advance that concept this year,” he said.

“Planting for Food and Jobs has proven to be a spectacular success. First of all, in the way it is addressing the availability of food stuffs. We are now in the position, for the first time in over a decade, of exporting food stuffs to our neighbours. We are very keen in developing private sector interest, because Ghanaian agriculture is largely smallholder,” he added.

On the exploitation of Ghana’s considerable mineral resources, President Akufo-Addo told the gathering that Ghana is keen on adding value to these resources, and desisting from exporting them in their raw form, adding that “we are now trying to forge the policies to make it possible for these to be the subjects of investments.” 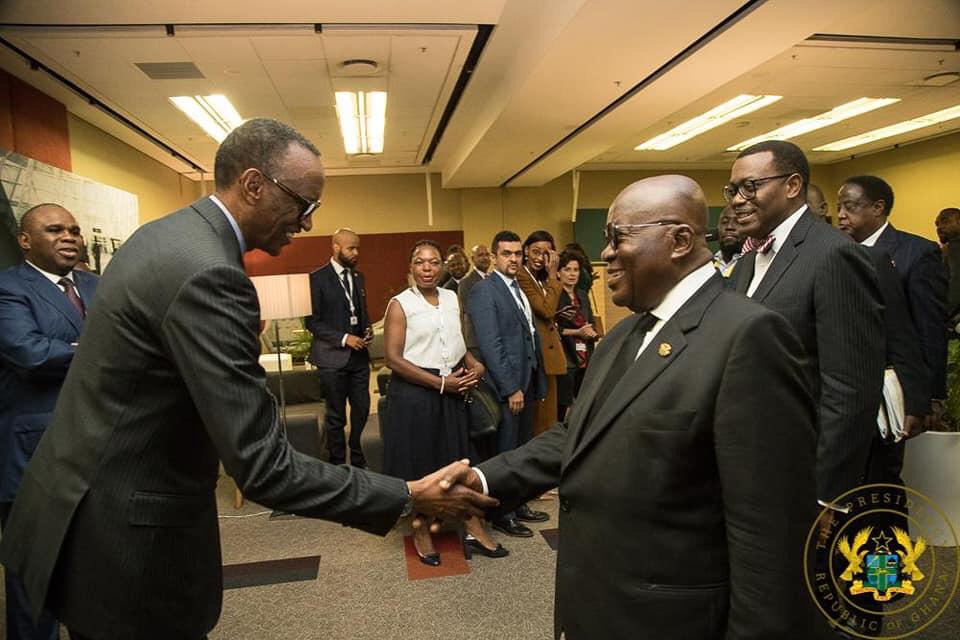