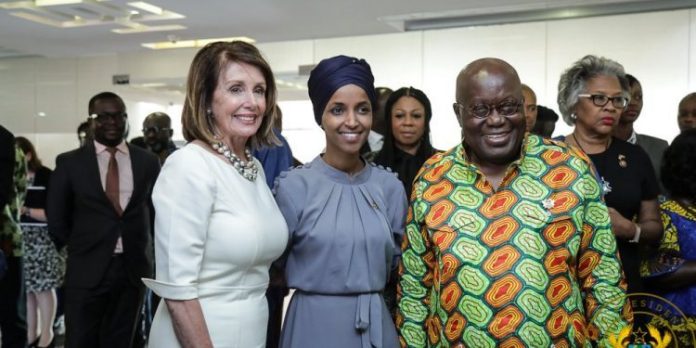 President Nana Akufo-Addo wants Ghana’s relationship with the United States of America to focus on trade and investments.

According To The President, “We Are Looking For A New, More Progressive Agenda Between Us, Which Is An Agenda Where Ghanaian And American Enterprises Will Get Together To Promote The Economic Relations Between Our Two Countries Whereby Investments By American Companies Here And Investments By Ghanaian Companies In America Will Become The Order Of The Day.”

This, the President added “will lessen dependence on the generosity of the American taxpayers towards our development. I think it is a healthier and more productive relationship between our two countries.”

The visit, as explained by Congressman James Enos Clyburn, “is to ensure that we interact in a way that will make your future and ours one of trade rather than aid.”

The President indicated that “the relationship with the United States of America is a multi-faceted relationship. It begun with the tragedy of the Trans-Atlantic Slave Trade and slavery in America, it has now metamorphosed into a shared agenda of democratic engagement, a desire to build a world where respect for human beings, respect for human rights in the order of international engagement as well as domestic construction.”