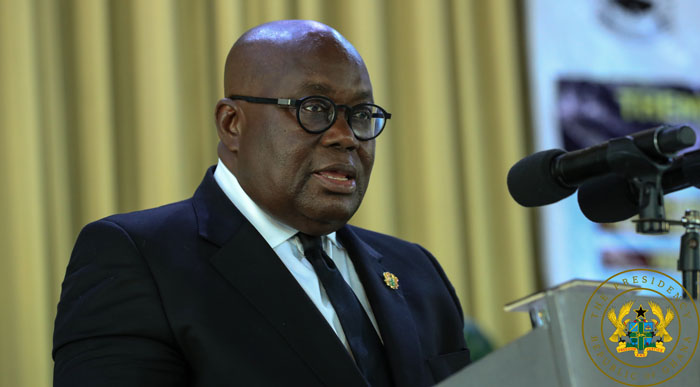 The President, left Ghana on Friday, 5th October, 2018, to attend the 5th Edition of the Financial Times Africa Summit which took place in London, United Kingdom from 7th to 9th October, 2018.

On Wednesday, 10th October, 2018, the President flew to Yerevan, the capital city of Armenia, to lead the Ghanaian delegation to the 17th Summit of Organisation Internationale de la Francophonie (OIF), which also took place from 11th to 12th October. The President’s final stop was in Paris, France, where he held series of meetings with some potential investors on Saturday, 13th October, 2018.

In a briefing at the Jubilee Lounge of the Kotoka International Airport, Director of Communications at the Presidency, Eugene Arhin, said the President’s participation in the Financial Times’ Africa Summit was extremely successful. The President he said sold Ghana’s healthy investment climate to the investment community that assembled for the Summit.

He was confident that the investors will turn their attention to Ghana to invest in the country.

On the 17th La Francophonie Summit, Mr. Arhin said Ghana’s application for a permanent membership status has successfully been filed with the OIF Secretariat.

There are however, certain conditions such as ensuring the teaching and learning of French in an applicant’s national educational system and making the directional signs in the country French friendly, that must be met.

“Steps to ensure that these conditions are met are already underway and it is our hope that at the 2020 La Francophonie to be held in Tunisia, Ghana would have attained full membership status of OIF,” he said.