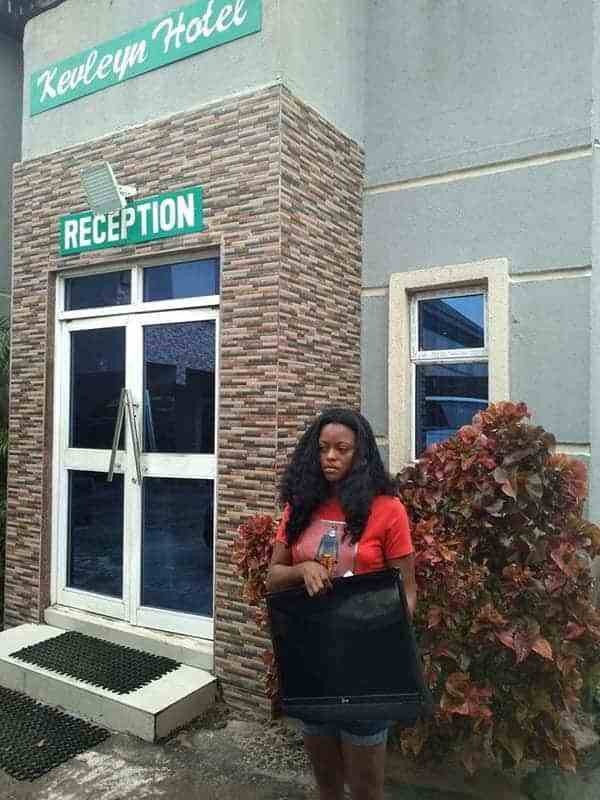 A young lady, described as a popular slay queen has been caught red handed, stealing a flat screen Television set from a hotel in Delta State, Nigeria.

The unidentified lady was said to have connived with her partner to commit the act after lodging in the hotel, Kevleyn Hotel for seven days.

BestNewsGH.com sources say luck eluded the lady when the receptionist who showed extra vigilance, accosted her while she was about leaving with the flat screen television set.

The abnormally large size of the bag she was carrying gave her away, culminating in her arrest.

She is said to have confessed to stealing the Television set with the intention of using it as collateral to secure a loan.