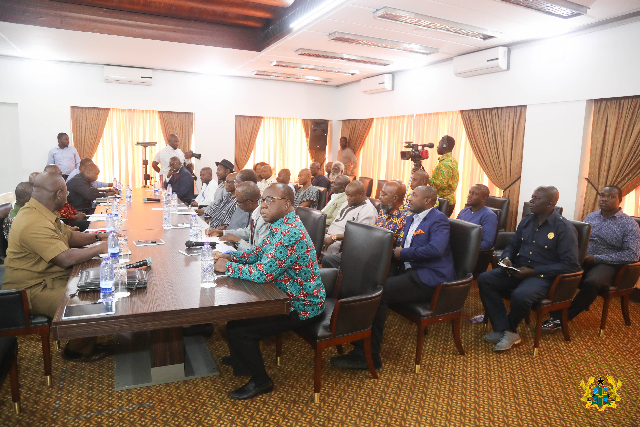 Political parties have unanimously endorsed the call for the election of Metropolitan, Municipal and District Chief Executives (MMDCEs).

Speaking at a multi-stakeholder conference on the upcoming referendum, the General Secretary for the National Democratic Congress (NDC), Johnson Asiedu Nketia pointed out that voting for MMDCEs would address the winner-takes-all syndrome in the country’s politics.

Asiedu Nketia explained that at the time the 1992 Constitution was being formulated, especially Article 55(3), which bars political parties from sponsoring district assembly or local government unit elections, there were very genuine reasons that made that provision necessary.

However, he stressed, having operated the constitution for decades, it has become clear that the provision that prohibits partisan politics at the local level is obsolete and needs amendment.

“In those days we were moving into multi-party system, with all the fears that have been expressed by sections of the society that partisan politics will lead to division. So there were concerns about national unity and integration. But we’ve for long operated the constitution, and the shortfalls have come to bear”.

“Consequently, when the situation changes and the law remains the same, it means that it’ll fail to serve its intended purpose,” the General Secretary pointed.

As far back as 2000, he noted, the NPP wanted MMDCEs to be democratically elected, adding that “the president for long has made it clear that we vote for MMDCEs”.

“All over the world, the tendency is to go for elections, and so the NPP is holding the bull by the horn and insisting that Ghanaians want it irrespective of the fact that we are in power now,” Freddie Blay mentioned.

On the contrary, Chairman for the People’s National Convention (PNC), Bernard Mornah bemoaned the over-monetisation of the country’s politics, adding that politics was no longer about who has better ideas.

“Now we are going to transmit this system of monetisation into the local level, where these two larger parties will consume the smaller ones with money,” he lamented.

Mr Mornah mentioned that voting for MMDCEs doesn’t guarantee competence, cautioning that “we must tread cautiously in the election of MMDCEs”.

The General Secretary for the Convention People’s Party (CPP), James Kwabena Bomfeh, for his part, said the 1992 Constitution needs a complete overhaul because times have changed.

The programme, which was organised by the Ghana Catholic Bishops’ Conference, saw all political party representatives, the first Deputy Speaker of Parliament – Joseph Osei Owusu, the Local Government Minister – Hajia Alima Mahama, and others in attendance.

The Electoral Commission (EC) has set Tuesday, December 10, 2019, for the referendum on election of MMDCEs.