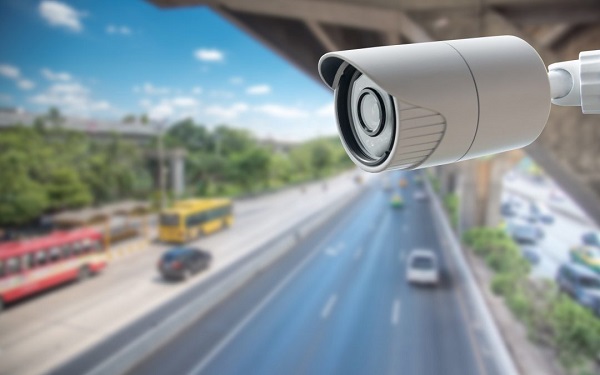 using special cameras installed at traffic intersections, highways and other vantage points throughout the country.

This will make it possible for the police to capture and tender in evidence videos and pictures of road users who engage in road traffic contraventions across the country, to aid prosecution of such offenders.

Some of the cameras are also installed close to vital installations nationwide to ensure their safety.

New centre
In line with this, the Police Administration has set up a Traffic Monitoring and Surveillance Centre in Accra, managed by officers of the Motor Traffic and Transport Department (MTTD) of the Service.

The centre is fitted with large screens with personnel monitoring for any breaches of road traffic regulations. It monitors 24 hours and seven days all activities of road users and traffic situations across the country which are captured in video and still pictures.

Incidents such as speeding and red light enforcement, parking and stopping violations among others, will be captured.

The Daily Graphic visited the centre to get familiar with the operations of the centre and found personnel busily seated behind their computers with others monitoring large screens.

It was learnt that the centre has been operational since August 9, 2021.

Some of the traffic offences that the personnel were focusing on at the time of the visit included reckless and dangerous driving such as commercial passenger vehicles picking vehicles at unauthorised places, parking at unauthorised spots, and jumping red lights among other forms of driving which exposes other road users to danger.

The centre which works in collaboration with the Driver Vehicle and License Authority (DVLA) is able to obtain information of owners of vehicles involved in road traffic offences such as name, telephone and address of the owner of the vehicle, and chassis number of the vehicle.

Such information is used to trace the owner of the vehicle who is invited by the police for prosecution.

“Now an offender cannot escape prosecution because we have videos and still pictures of their offences which can be tendered as evidence for prosecution in the courts,” said one of the officers at the centre.

The Acting Director General of the Public Affairs Directorate of the Ghana Police Service, Assistant Commissioner of Police (ACP) Mr Kwesi Fori in an interview said the centre was a flagship project of the new police administration led by the Acting Inspector General of Police (IGP), Dr George Akuffo Dampare.

Already, he said, 54 cases had been forwarded to the DVLA for the details of road traffic offenders captured by the new system.

He said the Acting IGP was concerned about the increasing number of lives lost through accidents in the country and was determined to ensure sanity was restored on all roads.

Road accidents in Ghana remain a major public safety issue. Between January and October 2020, there were nearly 12,100 road traffic accidents in Ghana which involved over 20,400 vehicles. The crashes led to 2,080 fatalities and 12,380 injuries.

Mr Ofori said Dr Dampare was also working on ensuring all road traffic regulation offenders were prosecuted to serve as a deterrence to others and “reduce the number of deaths on our roads’ ‘.

“The aim is to create a safer driving environment for both drivers, pedestrians and all road users and lessen the likelihood of accidents occurring,” he said.

He explained that the initiative would complement other crime reduction efforts of the Police Administration as the use of the cameras for community safety takes priority over its use for traffic enforcement.

Mr Ofori said the initiative would in addition to improving road safety, increase the deficiency of the country’s transport network.

Additionally, he said, the Acting IGP had made available 30 motorbikes to patrol the Tema-Dawhenya road and the Tema- Afienya-Akosombo road and arrest road offenders.