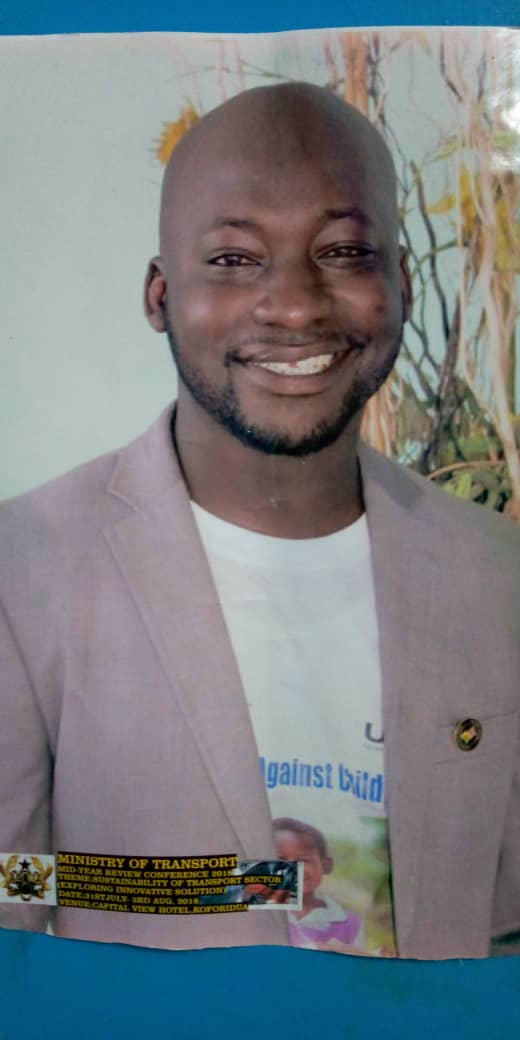 The Tema Regional Criminal Investigation Department (CID) of the Ghana Police Service are on man hunt for a staff of the Ghana Ports and Harbours Authority (GPHA) who absconded after he defrauded a pastor under the pretext of providing him an accommodation.

The fugitive, Kwabena Boateng, aka Kobby, 34, a driver was alleged to have on the 4th of April 2019 collected an amount of Ghc 15,000.00 (Fifteen thousand Ghana Cedis) from Pastor Richard Oduro of the God’s Ambassador Church, Tema Community 9.

Information available to the Chronicle from the CID headquarters in Accra reveals that Kobby’s unceremonious disappearance from town has set tongues wagging culminating in the rumour mill going agog in the port community.

Boateng, said to be a very good convoy driver was offered appointment at the Tema Port of GPHA on the 1st of February 2018 and placed on level 2 salary.

His appointment letter stated in part that

“You would be on probation for a period of three (3) months after which you will be eligible for confirmation in your appointment based on your performance on the job”.

The deep throat source at the CID headquarters intimated that sometime in March this year, Kobby was driving a staff of the department in the Tema township and met one Amos Sarkodie, a housing agent, known by the staff being driven.

Boateng then established contact with Sarkodie who he told that he was having a 3-bedroom apartment at Community 11, Rama Down and that was looking for someone to rent.

On the same day, he went and showed the place to Sarkodie who he commissioned to look for prospective tenant. Few weeks later, the agent got Pastor Oduro and together, were taken to the landlady, Madam Agnes Akwanda.

Kobby then introduced the man of God as the person coming to stay and complete his rental.

Madam Akwanda, aging, would not entertain a tenant who will give her problems and as such threw a caution to that effect but the pastor assured her of his good manners

Kwabena Boateng who by then was offered one of the authority’s apartments in Community 5 and used that as a disguise to move negotiated with pastor Oduro to pay Ghc 1,300.00 (One thousand and three hundred cedis) per month but was later eventually brought down to Ghc 850.00 (Eight hundred and fifty Ghana Cedis). The reduction came in when the pastor’s wife after inspecting the place disagreed to sharing same compound with others, for which Madam Akwanda put it to the man of God to involve his prayer warriors for direction.

Finally, the pastor decided to bear the cost to construct a fence wall to partition the compound to enable his family to have their privacy.

Kobby explained that he was not having his identity card on him for him to proceed to the bank, and based on that, the man of God allowed one of his subordinates to facilitate the process st the bank which was nearby.

After receiving the money, the two left and on the way, Kobby gave Sarkodie Ghc 500.00 (Five hundred Ghana Cedis) as part payment of his commission and promised to top up when the balance was settled.

Two days later, Kobby literally vanished and his whereabouts unknown and his phone switched off.

Upon further enquiry, it came to light that Kobby who hitherto was living in Community 4 in a single room secured the three bedroom apartment in Community 11 for one year, for which he was able to pay six months advance.

A report was made to the Tema Regional CID, who commenced investigation and have since launched a manhunt for him.

When Madam Akwanda was reached, she admitted renting the place to Kobby for one year but directed the paper to the police for further information.

Pastor Oduro on his part declined comment and promised that his lawyer would return the call which never came.

The housing agent, Amos Sarkodie confirmed such a case happened and pleaded to the public to give information on the whereabout of Kobby to the police

At GPHA, the paper gathered that on the 5th of April 2019, Kwabena Boateng reportedly told his colleagues that he was travelling to his hometown to start preparation towards the funeral of his father who died as a result of vehicle accident and was not heard of again

After sometime, management of GPHA terminated his appointment.

A letter to that effect dated 6th May 2019, signed by the Acting Director of Port, Tema, Sandra Opoku (Mrs) was sighted by the paper.

It states, “Report reaching us indicates that you have absented yourself from duty without permission for eighteen (18)  consecutive working days from 7th April to 6th May 2019.

All efforts to reach you by the transport section have proved futile.

As the rumour mill is in motion, unconfirmed reports are flying that he had gone to allegedly secured some unspecified huge amount from a famous financial institution in the country, compounding the crime.

When the family was reached, his mother expressed shock at the behavior of her son.

According to her, Boateng went to announce the safe delivery of his girlfriend and that he was making preparations for the out dooring and that the mother should find the appropriate name for the child to be followed by the actual marriage. Boateng, the mother said never returned.

According to her, exactly a month later, 6th April, 2019, Kwabena Boateng called to tell her that the ports authority sent him to perform a duty in Accra and would get back to her later and that was the last time hearing of him.