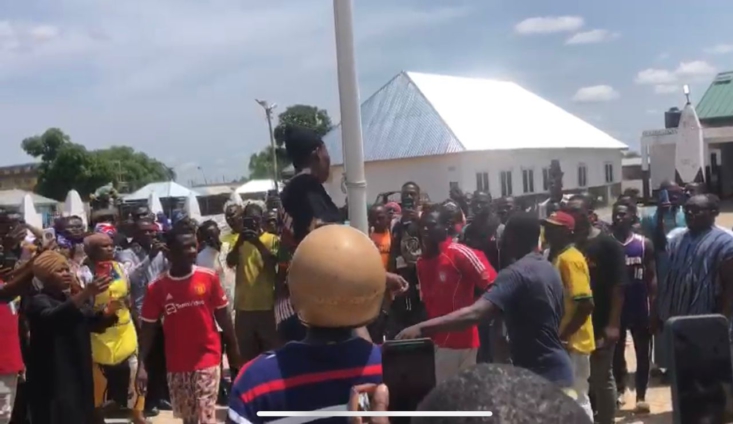 Police in the Upper West Region say they have invited some chiefs at the Wa Naa palace, to their office, over the flogging of two persons at the forecourt.

Speaking to JoyNews in an interview, Upper West Regional Crime Officer, Chief Supt Reynold Manteaw, said that it is surprising that the assault of the individuals took place at the forecourt of the palace.

He explained that although the Wa Naa himself was not available when the incident took place, the Police believe there were some sub-chiefs present, who can offer the Police some information.

Chief Supt Manteaw, said that they have commenced investigations into the incident but the eyewitnesses have not been forthcoming with the information needed.

He said that, “it was just this afternoon around 1:00pm that Police had the information that some people were being flogged at the forecourt. So quickly, the Regional Command dispatched the rapid deployment force to the scene.”

Chief Supt Manteaw added that the Regional Command has invited the sub-chiefs for a meeting on Wednesday, June 1, at 8:30am to help throw more light on the issue.

“Based on interrogation and information that we receive from them, we will be able to actually name the real perpetrators and bring them to justice,” he stated.

This comes after lovebirds who filmed their sexual intercourse, in Wa, in the Upper West Region, were tied to a pole at the forecourt of the Wa Naa’s Palace and flogged.

They were reportedly beaten because they were seen in a video that has gone viral on social media, having sex.

According to the young men, it was wrong for them to have filmed their sexual act.