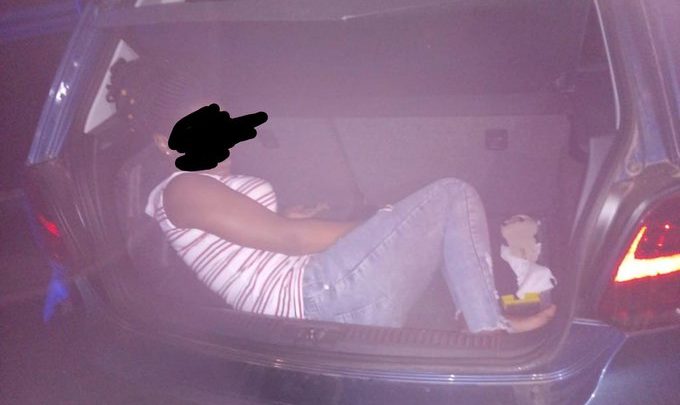 Police in South Africa have arrested a man who was smuggling his girlfriend out of one Province in his car boot to another Province amid a lockdown, following the outbreak of COVID-19 in that country, BestNewsGH.com can report.

Twitter user, Faith Mazibuko who broke the story on social media said the suspect was transporting his girlfriend from the Gauteng Province (GP) to the Mpumalanga Province (MP) when he was accosted by the police during a security check at a road block.

BestNewsGH.com reports her as positing that the woman was also arrested for accepting to be smuggled.

South Africa is currently under a nationwide lockdown which has been extended to the end of April.

A man was arrested at the N12 roadblock on Friday, 17 April, for attempting to smuggle his girlfriend out of GP to MP, without a permit.

Law enforcement asked the man to open the boot to search, they found a lady inside.
She was also arrested, she consented to be smuggled. 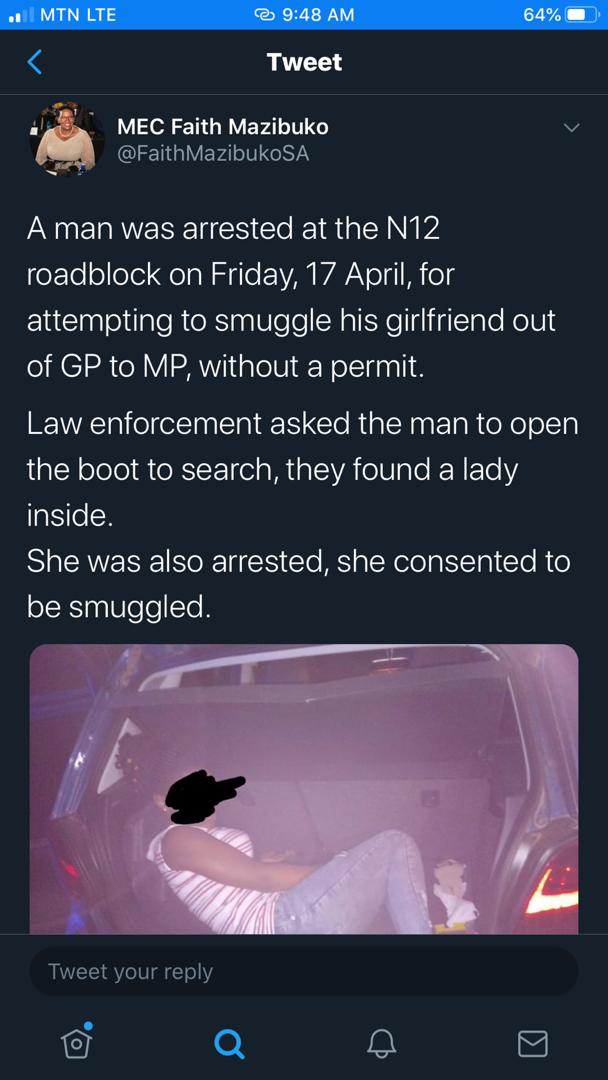