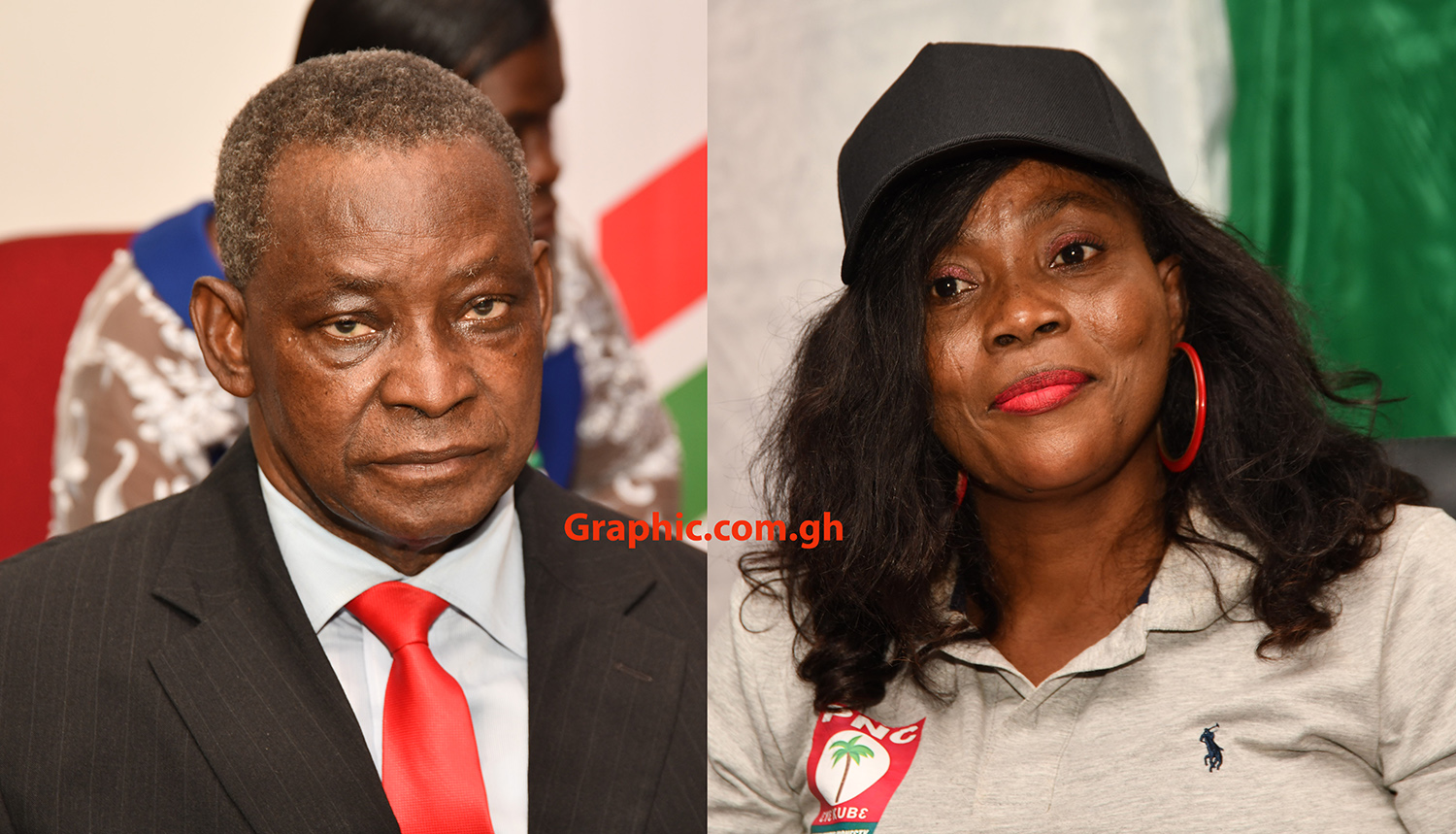 The National Chairman of the People’s National Convention (PNC), Mr Moses Dani Baah, and the 2020 flag bearer of the party, Mr David Apasera, have sued 18 top executive of the party over their removal from office.

The legal action adds to the recent internal wrangling, disunity, accusations and counter accusations that have rocked the PNC.

Among other things, the suit – filed at the Accra High Court last Thursday, is seeking an order barring the General Secretary of the party, Ms Janet Nabla, from holding herself out as the general secretary of the PNC.

It is also seeking an order restraining Ms Nabla and Mr Bala Maikankan, who was elected as the acting National Chairman of the party at a National Executive Committee (NEC) meeting in Kumasi on September 7 this year, from going to the PNC’s National Headquarters or having anything to do with the office.

The plaintiffs are also asking the court to declare all decisions at the said NEC meeting on September 7 null, void and of no legal basis.

It was at the said NEC meeting that Mr Dani Baah and Mr Apasera were purportedly removed from office as the respective national chairman and leader of the party.

In their statement of claim, the plaintiffs aver that the said NEC meeting, which led to their removal, was illegal, null and void as the said conveners had no capacity to organise the meeting.

It is also their case that the meeting was held in flagrant disregard of the PNC’s constitution.

“The plaintiffs aver that the mandatory quorum for NEC meetings was not met at the September 7, 2021, meeting held in Kumasi to conduct the business of NEC,” they argued.

Currently, it is not clear who holds power in the party because the general secretary has been suspended by a faction of the party, while the national chairman and the 2020 flag bearer have also been removed from power by another faction.

The issues started with serious disagreement between Ms Nabla and Mr Dani Baah over some party finances with regard to Election 2020, which spilled into accusations and counter accusations between the two.

On August 28 this year, the leadership of the party held a NEC meeting in Accra where Ms Nabla was suspended as the general secretary over what the NEC described as “gross misconduct, incompetence and insubordination”.

The suspension led to the trading of accusations between the divided factions in the party, which spilled into the media space.

On September 1 this year, the faction supporting Mr Dani Baah held a news conference at the party’s headquarters to introduce a new acting general secretary, but that meeting was disrupted by supporters of Ms Nabla, which needed the police to intervene.

It was a week after that incident that the faction supporting Ms Nabla organised the NEC meeting in Kumasi and removed Mr Baah and Mr Apasera from office.