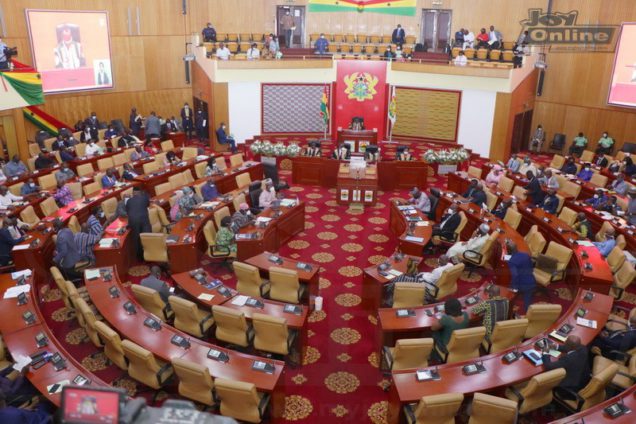 This decision was reached after the Consideration Stage was completed by a Majority-sided House following the third reading of the Bill.

The opposition National Democratic Congress (NDC) staged a walk out after taking part in the debate of the Bill.

The Finance Minister, Ken Ofori Atta moved the motion today for the House to approve the Bill which has been reviewed downward from 1.7% to 1.5%.

The Speaker of Parliament, the Rt. Hon. Alban Sumana Kingsford Bagbin who presided posed the question, with the Majority side responding in the affirmative, sealing the deal.

The Bill is now waiting to be assented by the President before it becomes effective.