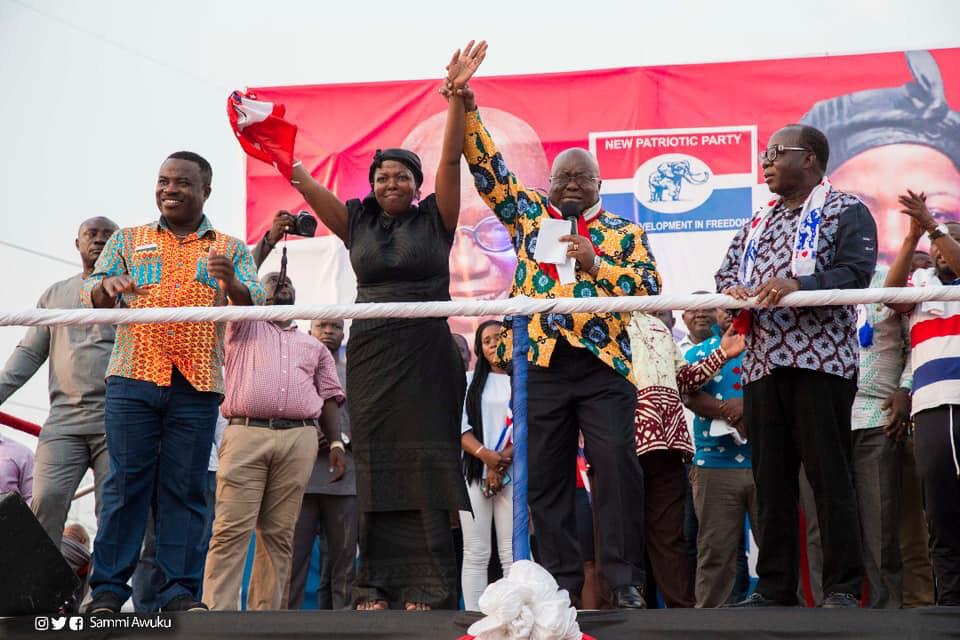 On Thursday, January 31, 2019, the good people of the Ayawaso West Wuogon Constituency will go to the polls to elect a new Member of Parliament to succeed their late MP, Hon. Emmanuel Agyarko. There are clearly two leading contenders for this vacant seat, the NPP’s parliamentary candidate, Lydia Seyram Alhassan and the NDC’s Delali Kwasi Brempong. With the two, Lydia Alhassan appears to be much more popular and is set to convincingly retain the seat for the governing NPP. This is so, for a number of reasons including but not limited to the issues raised in this write up.

Lydia Seyram Alhassan, to start with, is the wife of the deceased MP and had been with him through thick and thin particularly in his political life. It is thus not surprising that she’s been described as an active player and indeed the backbone of her late husband’s political achievements in the constituency and beyond. Aside her professional background as an accomplished pharmacist of great repute, she is also a huge political figure in her own right and has contributed significantly to the fortunes of the party in diverse ways.

Maa Lydia, as she is affectionately called, is also an award winning philanthropist having undertaking many social projects in the constituency to better the lives of her constituents without seeking for anything in return. Here, mention can be made of the very many water and sanitation projects she had undertaken in some communities in the constituency. Like her husband, she pays the school fees of a good number of students in the constituency and elsewhere.

The NPP is not left out from being a beneficiary of her philanthropic undertakings. Indeed, among other things, the current Greater Accra Regional Office of the party was donated by her. Beyond being resourceful and industrious, she is also articulate and possesses all the qualities of an ideal politician and speaks not less than 7 local languages. In the nutshell, Maa Lydia is an embodiment of the can-do spirit of the Ghanaian woman and amplifies the reasons why the nation should give women the opportunity to serve in leadership positions including being members of parliament. With this, you would agree with me that any suggestion that Maa Lydia is seeking sympathy votes can only be the height of absurdity.

The NDC parliamentary candidate on the other hand, has not demonstrated any of the aforementioned sterling qualities. Delali Kwasi Brempong is a direct opposite of what Maa Lydia brings to the table. He lacks vibrance and confidence required of a politician. He is also not articulate. No wonder he is so timid and runs away from the cameras. He is thus certainly not the kind of person to represent the most elitist constituency in the country. You would realize that on the very few occasions he spoke to the media, he goofed big time.

For instance, sometime in 2016, ahead of the general elections, precisely on Wednesday, May 11, when he granted an interview to Richard Sky of citi fm, on why out of the estimated 9,000 registrable population on the University of Ghana campus, only about 1,000 students were able to register during the 2016 limited voter registration exercise. His weird response was that most of the students in UG were MINORS, hence they didn’t qualify to register.

Instead of fighting for the students who were being disenfranchised because the EC problematically chose to create only ONE registration centre on the entire campus, Delali Brempong rather joined the EC to fight the very students he was seeking to represent in Parliament. Of course, only this week, he was again in the news casting aspersions at women and claiming it was a mistake for a woman to be voted for as a parliamentary candidate. Obviously, this is not the kind of person to represent the most elitist constituency in the country. Such irony! Madam Lydia Seyram Alhassan is certainly the best bet for the people and hence I’m confident she would emerge victorious at the end of the polls.