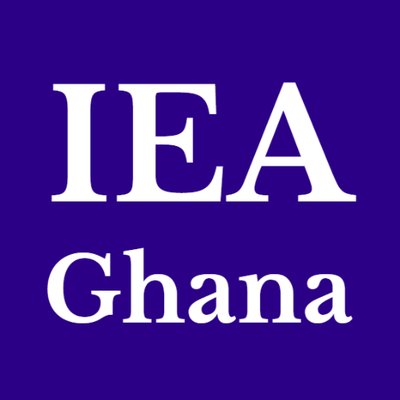 The Institute of Economic Affairs (IEA) is advocating for a new model contract which pays oil companies for each barrel of crude oil recovered from the ground or seabed.

According to the independent public policy institute, this model will provide huge foreign reserves for Ghana’s development.

Some countries using the model

How the model made Norway rich

Norway, in particular, has accumulated more than $1.06 trillion in their Sovereign Funds, using this framework to create prosperity for their people.

IEA made the call in an article – titled ‘Why is Ghana so poor yet rich underneath the soil?’ – published in Legislative Alert, a bi-monthly publication of the IEA.

On April 30, 2019, the British Petroleum Company (BP) and China’s CNPC accepted $2 to recover a barrel of oil for the Government of Iraq while Exxon Mobil’s bid of $4.8 per barrel was rejected.

IEA recalled that at a recent lecture, Professor Paul Collier, the former Director of Research at the World Bank who doubled as former Senior Advisor to Prime Minister Tony Blair on the Africa Commission, and the current Director of the Center for the Study of African Economies at Oxford University, stated that the total cost of recovering a barrel of oil from the ground is about $10.

This includes exploration and other costs.

Prof Collier argued that the only way poor African countries can turn their oil reserves into prosperity and to develop into first-class countries is by collecting the super profits called rents.

This means that at current prices of $65 per barrel, $10 cost per barrel of crude oil recovered from the ground or seabed will lead to savings of $55 per barrel for Ghana.

Prof Collier said countries would then invest the rents into the future of their countries instead of allowing “foreign investors” to keep it.

The IEA noted that other poor African countries will learn from President Akufo-Addo if he boldly accepts the new deal, as well as benefit from his example and leadership.

“This will be a mighty legacy, second to none! Africans are counting on you, Sir,” it said.

On February 14, 2019, the Ministry of Finance announced what is described as the biggest oil find in Africa, 450 million – 550 million barrels, with potential reserves of nearly 1 billion barrels of oil.

Praise for Akufo-Addo’s disgust for colonialism

“Fortuitously, this new “find” has occurred when Ghana has a President who has shown total disgust for colonialism and its underlying philosophy of extracting Ghana’s natural resources under insidious and oppressive contracts with a few crumbs left to the people of Ghana (the colony).

“At a recent meeting with the President of France, Emmanuel Macron, President Akufo-Addo indicated that this business of giving aid to Ghana while extracting its natural resources should stop.”

“He stressed the urgent need for Ghana to ‘go beyond aid’ in its efforts to develop the economy,” it said.

According to the IEA, the old colonial principle of “providing foreign aid while extracting our natural resources” with “rent-seeking contracts” is never going to develop Ghana.

It cautioned that the past 50 years has seen enough of these different “schemes” by some colonial companies masquerading as “foreign investors”.

“They cannily exploit our creaky and incoherent set of rules to enrich themselves while the Ghanaian remains poor in the midst of plenty,” it stated.

The independent public policy institute said the time has come for a new thinking, a new paradigm describing the new oil discovery provides as a “God sent” opportunity for President Akufo-Addo to change Ghana’s course of development for good.

“Recent studies have shown that with courage and wisdom, the new oil find can be used to create prosperity for Ghana, like Norway, a former fishing village, or Dubai, a former desert village occupied by nomadic cattle herders,” it added.

The independent public policy institute advised President Akufo-Addo that for Ghana to use its natural resources to develop all of its people, not some, he should take a cue from these world-class models.

The IEA wants a stop to the writing of colonial contracts with odious obligations which enrich only a few and leave the bulk of the people poor.

It described the current insidious contracts with these so-called “foreign investors” as spurious at best and only help the signatories and their friends, not the poor.

“These insidious contracts remain the bedrock or the cornerstone of the Ghanaian economy, which you once referred to as the ‘Guggisberg Economy’, and need to be reformed.

“Mr President, here is your opportunity to dismantle one of the critical elements of the ‘Guggisberg Economy’ in order to create a new beginning for Ghana to rise! This is your moment, Sir,” it added.