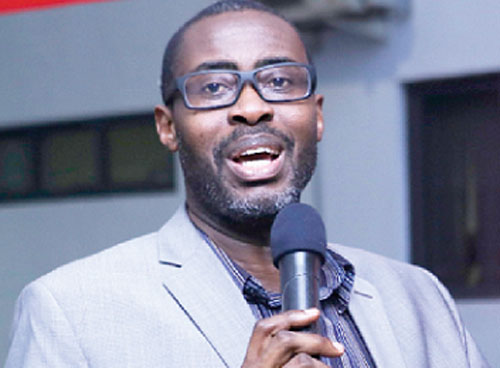 Pressure group, OccupyGhana is demanding a  quick passage of 2022 Conduct of Public Officers Bill into law.

In a press statement issued Sunday, May 29, 2022, the group stated: “We demand that the President calls an emergency Cabinet meeting for the sole purpose of approving the draft Bill. When the Bill gets to Parliament, we fully intend to make submissions on the parts affecting declaration of assets and liabilities and propose ways to make those provisions better, stronger and firmer than they presently are.”

Below is a copy of the statement

OccupyGhana has finally obtained a copy of the draft 2022 Conduct of Public Officers Bill.

This draft Bill proposes, among others, to remove the unconstitutional extension of time given to public officers to declare assets and liabilities, something that OccupyGhana has campaigned for and demanded for well over five years.

We are happy that the draft Bill appears ready to be submitted to Cabinet for approval before it is sent to Parliament for passage into law.

We demand that the President calls an emergency Cabinet meeting for the sole purpose of approving the draft Bill. When the Bill gets to Parliament, we fully intend to make submissions on the parts affecting declaration of assets and liabilities and propose ways to make those provisions better, stronger and firmer than they presently are.

Currently, Ghanaians are faced, once again, with the probable scenario of an inexplicable acquisition of assets by a public officer, who it appears, also did not declare his assets and liabilities. This is possible because although the Constitution categorically demands that persons being appointed to public office “SHALL” declare their assets “BEFORE TAKING OFFICE,” in 1998, politicians from all the political parties in Parliament, conspired to breach this constitutional provision by passing a law (Act 550) that allows the declaration to be filed up to 6 months “AFTER” taking office. The effect of this travesty is that for more than two decades, once people assume public office without first declaring assets and liabilities, they either do not declare at all, or sometimes engage in “assumptive declarations” by declaring what they do not have, in expectation that they might, while in office, acquire the assets or make sham payments in purported satisfaction of sham debts declared.

The office of the Auditor-General has been the chief facilitator of this grand conspiracy by repeatedly failing to audit or verify the declarations when they are made. It might be recalled that it took a formal demand by OccupyGhana dated 30 January 2018 for even some eligible officers of the Audit Service itself to scramble to declare their assets and liabilities. The attempts by former Auditor-General, Mr Daniel Domelevo, to computerise the assets declaration system to facilitate easier audit and verification appears to have left office with him. That is why OccupyGhana will demand that the Bill provides for transition from the paper-based declarations to an automated system within a year of its passage.

On 1 December 2019, after about two years of campaigning on this issue, OccupyGhana formally wrote to the Attorney-General and demanded the repeal of the unconstitutional extension. On 8 January 2020, the Attorney-General wrote to communicate agreement with our position, promising to start work on the repeal. Our reminders on 16 July and 24 September 2021 however went unheeded. On 21 October 2021, we wrote to the Special Prosecutor, inviting him to join our campaign on this matter. He responded to communicate his agreement with our position and the repeal demanded too.

Since the power to repeal that law is vested in only Parliament, pursuant to a Bill submitted by the Executive, we were powerless to do anything about this on our own, in the face of repeated, blatant and unpunished breaches of the Constitution on this matter, short of going to court. But as we mulled over court action, we received this copy of the 2022 draft Bill, showing that the Attorney-General is indeed seeking a new law that incorporates our primary concern and revokes the criminally illogical interpretation of the word ‘BEFORE’ to mean ‘AFTER.’

We are reliably informed that the draft Bill is awaiting Cabinet approval before it is submitted to Parliament. We do not understand why that Cabinet approval should be delayed. The repeal of this longstanding unconstitutionality, blot on the national conscience and gateway to corruption, is long overdue. Cabinet cannot be seen to be pussyfooting around this issue. We believe that we speak for the vast majority of Ghanaians when we demand that:

(1)​the President summons an emergency cabinet meeting for the sole purpose of approving the draft Bill;

(2)​the Attorney-General provides a clear timeline on when he will submit the Bill to Parliament;

(3)​Parliament ensures that it passes the Bill into law before it rises for the long vacation.

We have published a copy of the draft Bill on our website (https://occupyghana.com/2022/05/conduct-of-public-officers-bill-2022/) so that all interested Ghanaians will have access to it, and be able to participate meaningfully in the forthcoming debate on its provisions.

In the service of God and Country