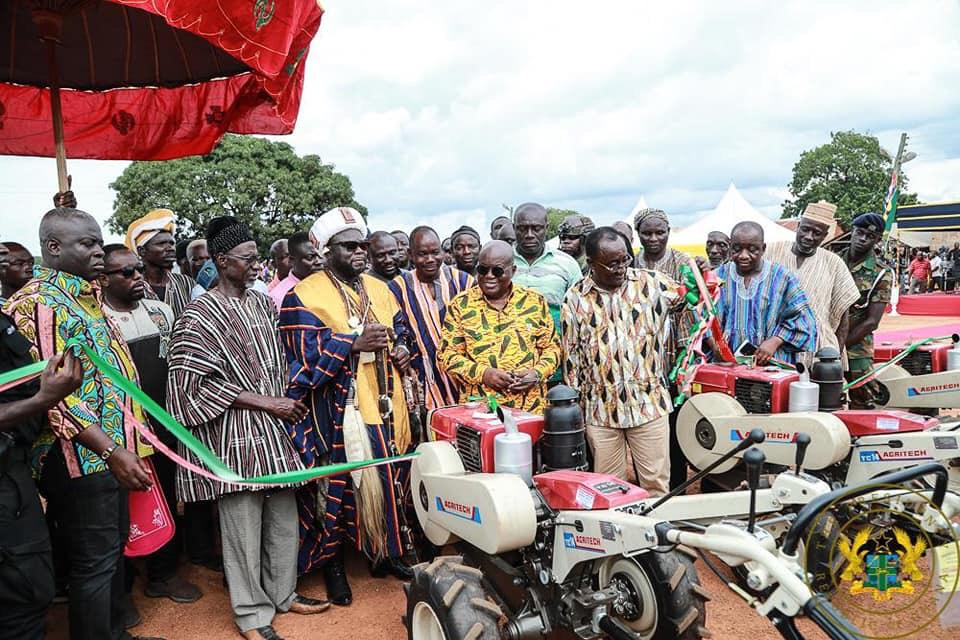 The President of the Republic, Nana Addo Dankwa Akufo-Addo, has presented agricultural equipment to the Agricultural Mechanisation Centre at Wulensi, in the Northern Region.

The equipment, comprising tractors, power tillers, harvesters, ploughs, amongst others, were presented by the President on Friday, 16th August 2019, as part his 2-day tour of the Northern Region.

The Minister for Food and Agriculture, Dr. Owusu Afriyie Akoto, who was also at the gathering, stated that the NPP government of President Kufour started building Agricultural Mechanisation centres around country, and by the time he left office in 2008, the country had 78 of such centres.

He noted, however, that all these centres went under ruin under the governments of the National Democratic Congress “because of the lack of spare parts and lack of maintenance.”

Upon the assumption of office of President Akufo-Addo, the Agric Minister stated that “given the recognition of the importance of agriculture as a means of transforming the economy of this country, we chose the strategy that we are going to focus on small holdings.”

The policy, he added,  is working and its being reflected in improved output, improved productivity, abundance of food, stressing that “this year, we are expecting a huge bumper crop around the country including Wulensi; and our exports to our neighbouring countries is going to keep on climbing.”

The Minister for Agriculture noted that sustaining this growth will require mechanising “critical areas of the small holder’s activity.” 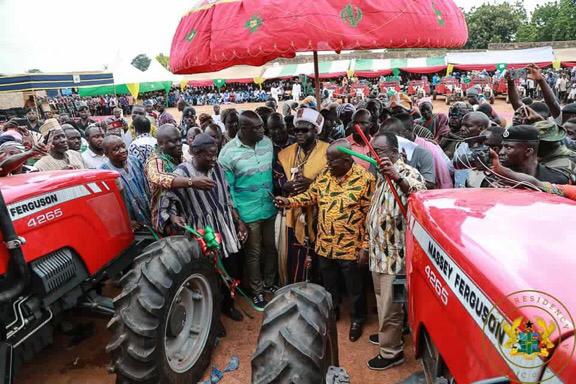 Thus far, he noted that 235 units of tractors, and a 1,000 units of power tillers have been brought into the country for the establishment of these centres across the country.

“These are exactly what we have brought here, and we’ve brought into this country 1,000. And 1,000 is not enough, we are going through the last tranche of the Brazilian facility, we are going to increase that number to 2000. So that as many of you can have access to these power tillers,” he said.

The power tillers, he said, are meant for small holders.

“The tractors that we’ve brought in is for medium to large size commercial farmers. So, what we’ve done is that, in collaboration with the Ministry of local government, 35 District Assemblies are to benefit, and this district was one of them,” Dr. Owusu Afriyie said.

He continued, “That is why you have your share of the initial supply of machinery. We are also giving to 50 farmer groups around the country, and the rest can go to individual large farms or smaller group of farms. By January, we are hoping that we get more.” 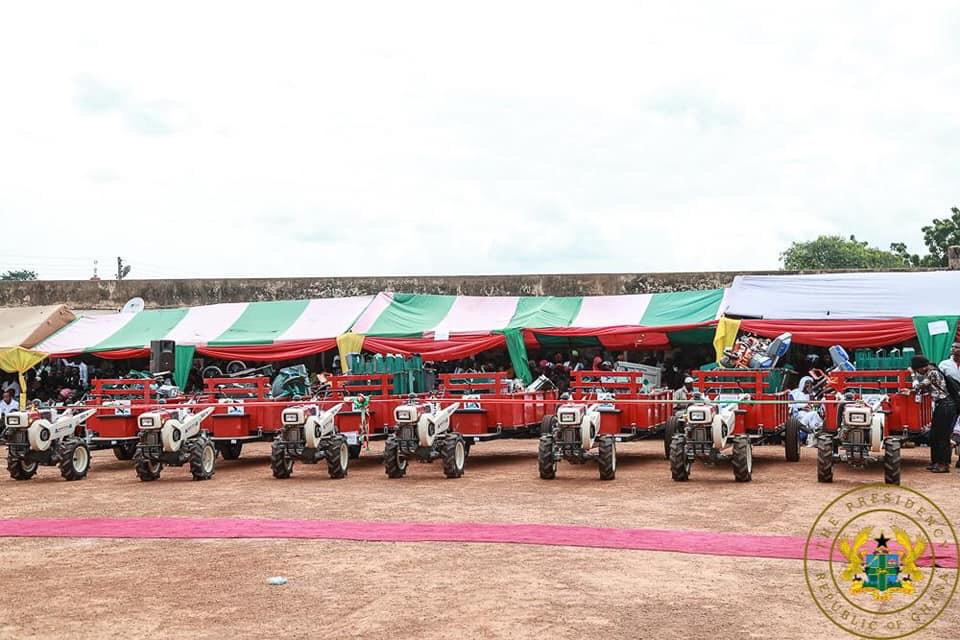