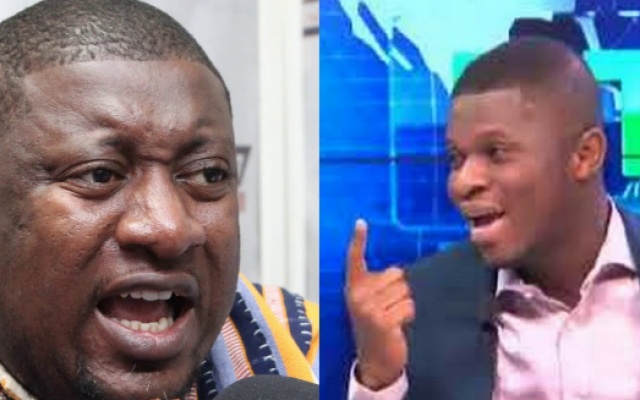 The United Kingdom and Ireland chapter of the opposition National Democratic Congress (NDC) is accusing the ruling New Patriotic Party (NPP) of deliberately institutionalizing violence in the country’s political discourse.

‘’The NPP has within two years of coming into office institutionalised violence and obliterated the gains chalked in deepening good governance, tolerance and freedom of expression since the inception of the 4th republic’’ the group said in statement condemning the altercation that took place between the National Youth Organiser of the NPP, Henry Nana Boakye and the National Communications Officer of the NDC, Sammy Gyamfi in the studios of Accra based Asempa Fm.

The statement, signed by the Communications Officer of the Chapter, Simon Aworigo, singled out Nana B as the NPP national youth leader is affectionately called for blame.

‘’The behaviour demonstrated by Henry Nana Boakye at Asempa fm is very concerning as it happened hot on the heels of the violent, unprovoked attack of NDC supporters and officers at the Ayawaso West Wuogon by-election the previous day’’ the statement read in part.

They also accused the NPP of orchestrating a deliberate plan to visit violence and mayhem on NDC members and officers at every opportunity.

They also called on Assempa Fm to endeavor to provide security for officials of the NDC who are invited to part-take in political discussions saying ‘’ We wish to request Asempa fm and the entire multi- media network to guarantee the safety and security of our officers when they are within their precincts particularly in these perilous times when everybody in Ghana is at risk of attack by known and unknown NPP vigilantes and officials’’.