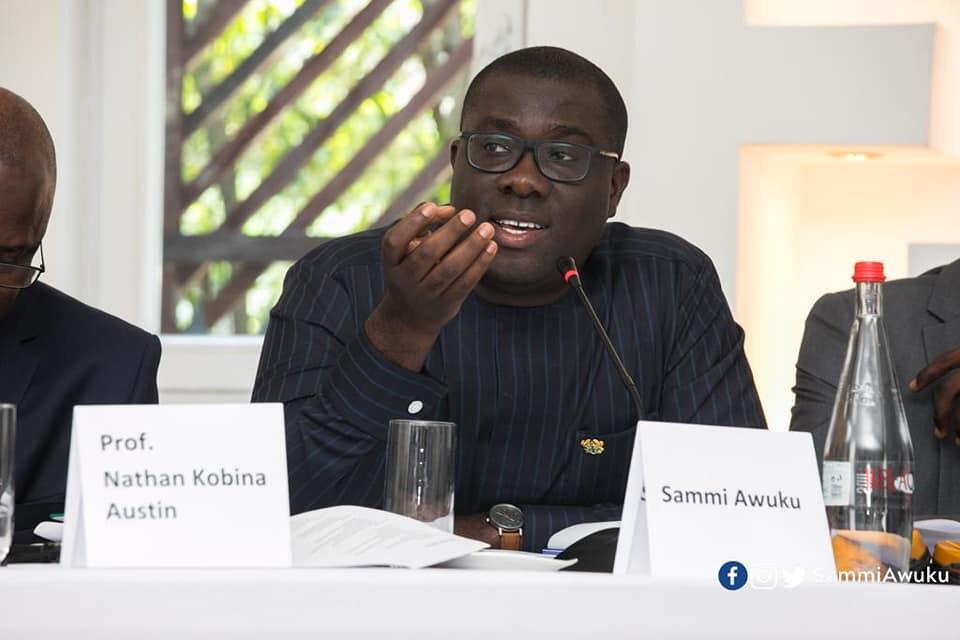 The National Organiser of the ruling New Patriotic Party (NPP), Mr. Sammi Awuku has justified why the Party is in favour of the compilation of a new voters register.

According to him, the NPP has been consistent in calling for a new voters register, dating back to the year 2012.

Mr. Awuku who was speaking on Accra based Peace Fm’s political and current affairs programme dubbed ‘The Platform’ on Wednesday, January 29, 2020, said the NPP has been at the forefront of championing the need for a new voters register, premised on some faults that were discovered with the current register.

He cited the use of National Health Insurance Cards by people who are considered foreigners to register in the current register as just one of the anomalies that have been identified and which must be corrected.

BestNewsGH.com can confirm Mr. Awuku as saying the Electoral Commission, when tasked to delete the about 600 thousand names in the register which were deemed Ghost names, was only able to delete 56 thousand of those names.

‘’Just recently, we all heard Mr. Sydney Casely-Hayford on live radio, saying he used his NHIS card to vote in 2016. So this alone tells you that assertions by the EC that they had deleted all the names of those who used NHIS cards to register was a lie’’ Mr. Awuku averred.

Another issue that is of concern to the NPP , according to Mr. Awuku is the accusation by former Chairperson of the Electoral Commission, Charlotte Osei that, one her her deputies, Amadu Sulley had created secret and illegal polling stations at the time.

‘’One of the accusations from Charlotte Osei was that Amadu Sulley created illegal polling stations. Polling stations go with electoral register and so if polling station B has been located at Peace Fm studios and it is not included in the list of the Electoral Commission, yet people are able to go there and vote, what kind of register is that?’’ he quizzed.

BestNewsGH.com reports Mr. Awuku as positing that ‘’We in the NPP have been preparing for a new voters register since 2012. 2016, we marched with the Let My Vote Count Alliance and that was the fisrt time I saw a police man wearing a red lacoste and a jeans pants beating us as though we were animals. They beat us mercilessly and one of our own, Justice Adzakumah (may his soul rest in peace) lost one of eyes. To the extent that even when we took Justice Adzakumah to the hospital, the NDC told us it was tomato paste we put in his eyes. This gentleman had to undergo surgery, today is no more. But today, the same NDC who are protesting the compilation of the new register during their demonstration, burned tyres and that was out of the rules of engagement with the police, there was no single casualty. In our demonstration, when we were being beaten, we run to the police and they told us 10 percent casualty is allowed’’

Mr. Awuku impressed upon the opposition National Democratic Congress (NDC) come to the table to enable them discuss the issues dispassionately in the interest of the nation.

‘’I want the NDC to come to the table with an open mind so that we can all jaw-jaw and brainstorm on the process and what we all believe are the issues, from the EC’s standpoint, through to the era of Charlotte Osei and what the Judges said. Then we will also look at the current state of the machines at the EC. Because if care is not taken, we may enter into the 2020 elections with faulty machines.’’

The hardworking NPP National Organiser who is also the Board Chairman of the Youth Employment Agency challenged the NDC to test the law if it felt strongly about the new register, explaining that the NPP showed the way when it supported the Abu Ramadan and Evans Nimako case in Court about the use of the NHIS cards to register.