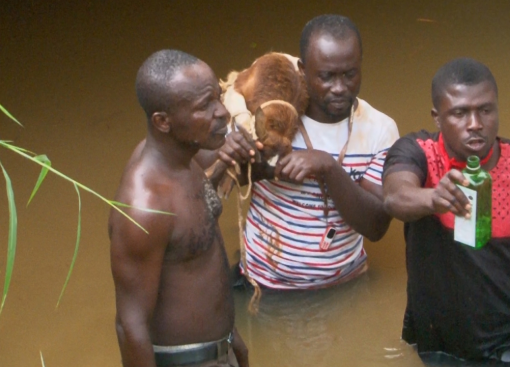 The General Secretary of the New Patriotic Party (NPP), Mr John Boadu, has directed constituency executives of the party to suspend all persons who claim to have invoked curses on the party leadership on allegations that their preferred candidates were disqualified from contesting the party’s upcoming parliamentary primaries.

“The party has observed, rather worryingly, the conduct of some members claiming to be invoking curses on the party’s leadership and in particular, on members of the NEC [National Executive Committee] on allegations that their preferred candidates have been disqualified by NEC from contesting in the primaries. We are completely appalled by such gross misconduct,” Mr Boadu said.

“Accordingly, the party is instructing the respective constituency executives in the constituencies where this unfortunate incident happened, to immediately suspend all those involved in this awkward behaviour while instituting appropriate disciplinary actions against them in line with Article 3 and 4 of the Party Constitution”.

About 300 NPP supporters in the Juaben constituency of the Ashanti Region on June 5 , 2020 defied Covid-19 safety protocols to demonstrate against the disqualification of their preferred aspiring parliamentary candidate.

They were protesting what they described as a party decision to allow the MP for the area, Madam Amma Pomaa Boateng to run unopposed in the NPP primaries.

They also slaughtered sheep and invoked curses on any member of the party leadership whose actions would result in the disqualification of their preferred candidate.

Similarly, some party members in the Tano North constituency, where Freda Prempeh was the Member of Parliament also invoked curses on the leadership of the party for allowing Freda Prempeh to re-contest the primaries unopposed.

In the Offinso South constituency in Ashanti, some disgruntled members of the party last Thursday also invoked curses on persons they said influenced their disqualification of their preferred candidate Dr Yaw Opoku.

Armed with a fowl, a bottle of schnapps and a crate of eggs, the youth numbering about 100, called on all the river gods in the area to deal with any patty official who was involved in the disqualification.