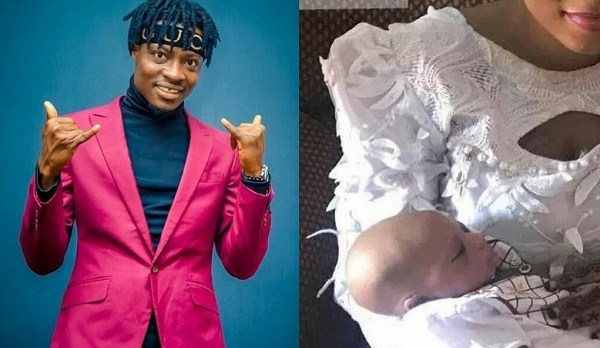 Tamale-based Musician, Mujahid Ahmed Bello, popularly called Fancy Gadam hopes to marry four wives in the new future according to the musician himself.

Checks by MyNewsGh.com reveal that the musician is dating a nurse at Tamale Nursing and Midwifery Training College and recently gave birth with another woman in Tamale where a secret naming ceremony was held.

It is not immediately known if the two women will be part of his 4-wives project but the musician in an interview with Yen TV monitored by MyNewsGh.com dispelled rumors he is a homosexual.

“I am not gay…I am dating and basically I will marry four wives”, which is acceptable and accordance with the Islam religion.

Revealing how and where these marriages will take place, he said “because I am from the north and I am a King, I won’t mention names but I would love to have one in Accra, one in Kumasi, one from the Northern Region and one from America or UK”

Fancy Gadam is one of the few musicians from the Northern Region who has shot to fame with his command overcrowd in the ancient town of Tamale filling the 21,000-seater capacity Aliu Mahama Sports Stadium on several occasions during his shows.