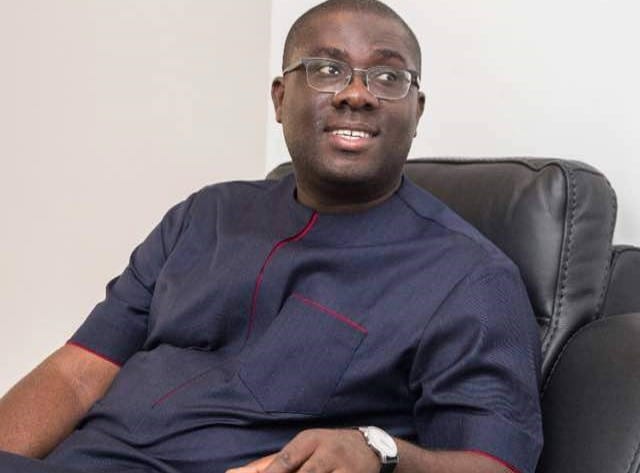 The National Lottery Authority (NLA) has reacted to comments by popular master of ceremonies (MC), Kwasi Kyei Darkwah, (KKD) on why a contract with Ghana Television (GTV) to broadcast lotto draw was terminated.

KKD in a TV/radio comment had questioned why United Television (UTV) was the TV station now broadcasting lotto draws instead of the national broadcaster, GTV.

Below is a response from the NLA on the issue

The attention of the Management of the National Lottery Authority (NLA) has been drawn to a video circulating on social media with ace broadcaster, Mr. Kwasi Kyei Darkwah, alluding that the Director-General, Mr. Samuel Awuku has terminated a contract with a State-owned television station, Ghana Television (GTV) and handed it over to a privately owned company, United Television.

Management would like to state the circumstances under which the contract was terminated.

Upon the assumption of office of the Director-General, Mr. Samuel Awuku, there were complaints by the Authority’s draw team on the services provided by GTV which was not giving the Authority value for money.

The Director-General then engaged the technical crew on the complaints and asked them to invite their Management for a meeting on the concerns of NLA.

Management of GTV never showed up for any meeting after several invitations through its technical crew neither did engagements with the technical crew yield any results.

NLA therefore decided to terminate the contract in accordance with the provisions of Clause 15.0,11.1a of the Contract between GBC and NLA which enjoins any of the parties with the right of termination.

It is instructive to note that since NLA’s official letter to terminate its contract with GTV in August 2021, (effective November 30, 2021) GTV did not respond to the letter nor take any steps to engage NLA, an indication that the latter may not be interested in the subject matter.

Management would like to state that while it is sympathetic to the state owned media, NLA was at the time seeking to grow its audience to increase its revenue base for national development and thus needed to discuss these issues.

NLA, therefore, took steps to engage another Ghanaian-owned Television Station, United Television which had national coverage and viewership and appealed the most to its target audience. UTV’s contract is for a period of one year from December 2021 to December 2022.

At the time of engagement with UTV, it was the second highest station with national coverage and viewership according to the 2019 media data research by geopoll.com, a research website that provides remote mobile-based research in Africa, Asia and Latin America.

Apart from its national coverage and high viewership, UTV was the television station that simultaneously appealed to NLA’s target audience, particularly our Lotto Marketing Companies (LMCs), Private Lotto Operators, and was willing to give the Authority a similar deal with greater returns.

Management would therefore like to state that neither NLA nor the Director-General, Mr. Samuel Awuku is interested in sabotaging GTV’s business interest as is being purported.

NLA has stated categorically that its doors are open for future engagements with GTV if the institution is willing to do so.

The current Board, and Management of NLA led by the Director-General, Mr. Samuel Awuku is focused on achieving its core mandate of raising revenue for national development and creating moments of hope and happiness for its valued patrons.