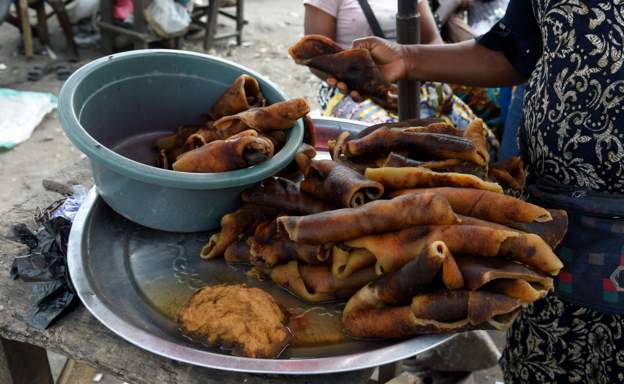 Nigerian authorities say they have seized 120 tonnes of imported animal hides and skins in Lagos city.

They were intercepted on suspicion that were already processed with chemicals for use in leather industries yet they were being sold as foodstuff, the national food and drug agency, NAFDAC, said.

In Nigeria, cow hides are cooked as a popular delicacy known as “ponmo”.

It’s not yet clear from which countries they were imported from.

It added that the raids on warehouses were carried out following “several complaints” by members of the public regarding the distribution and sale of such products it described as dangerous.