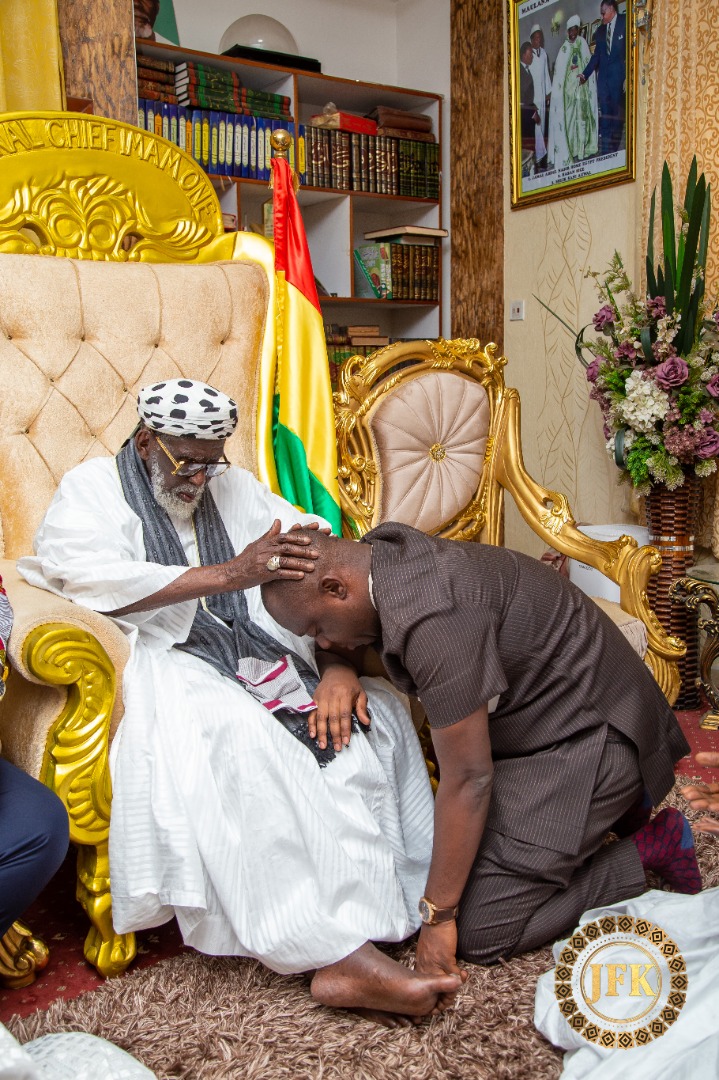 The Chief Imam of the Republic of Ghana, Sheikh Osmanu Nuhu Sharubutu, has conferred special prayers and benedictions to the newly elected Chief Executive Officer of the New Patriotic Party, Lawyer Justin Kodua Frimpong for a successful tenure in the next four (4) years.

The Chief Imam said the special prayers when Lawyer Justin Kodua Frimpong and his team paid a courtesy call on him to express his profound gratitude for the spiritual support the Chief Imam offered him during the just ended contest for the position of the General Secretary of the New Patriotic Party. The General Secretary was thankful and appreciative that even though he called on the Chief Imam on the eve of the elections, the revered clergy did not hesitate to offer him the needed support to secure his bid. 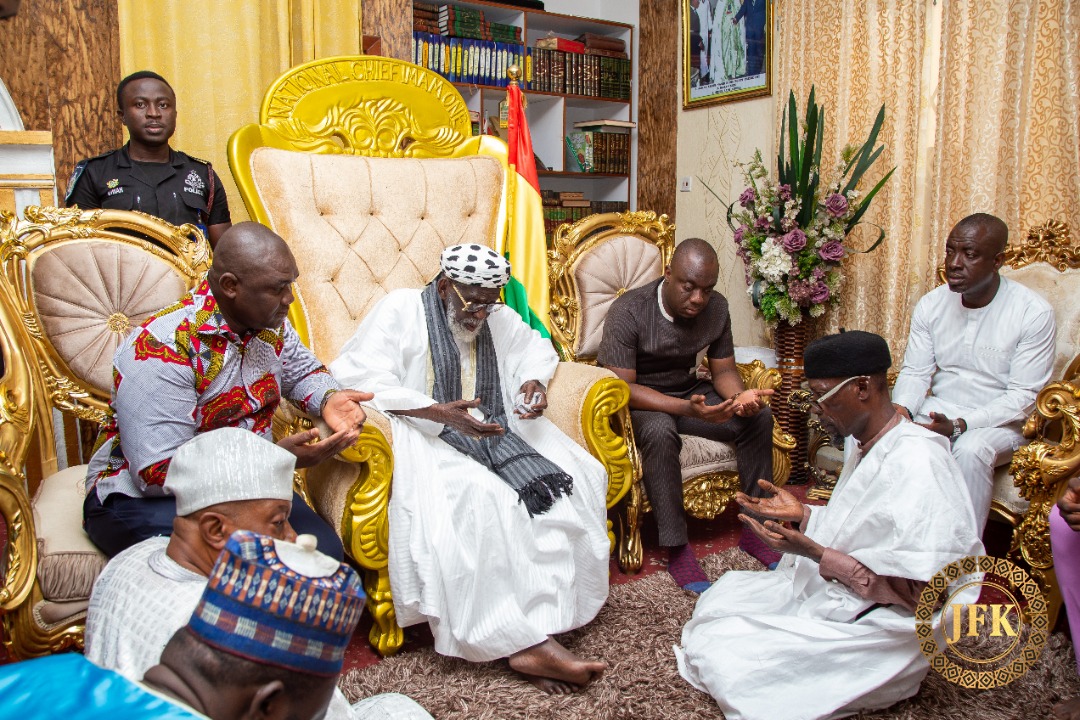 Lawyer Kodua promised to serve the New Patriotic Party and the entire Ghanaian community selflessly to his best ability and in the best interest of all. He also promised working in close collaboration with the Chief Imam’s office and the government machinery to expand development opportunities for the Zongo Communities.

The Chief Imam on the other hand promised continuous support in prayers for the success of the young vibrant chief scribe of the NPP for his tenure in office.

He was accompanied by some members of his campaign team, constituency executives, and a host of other dignitaries. 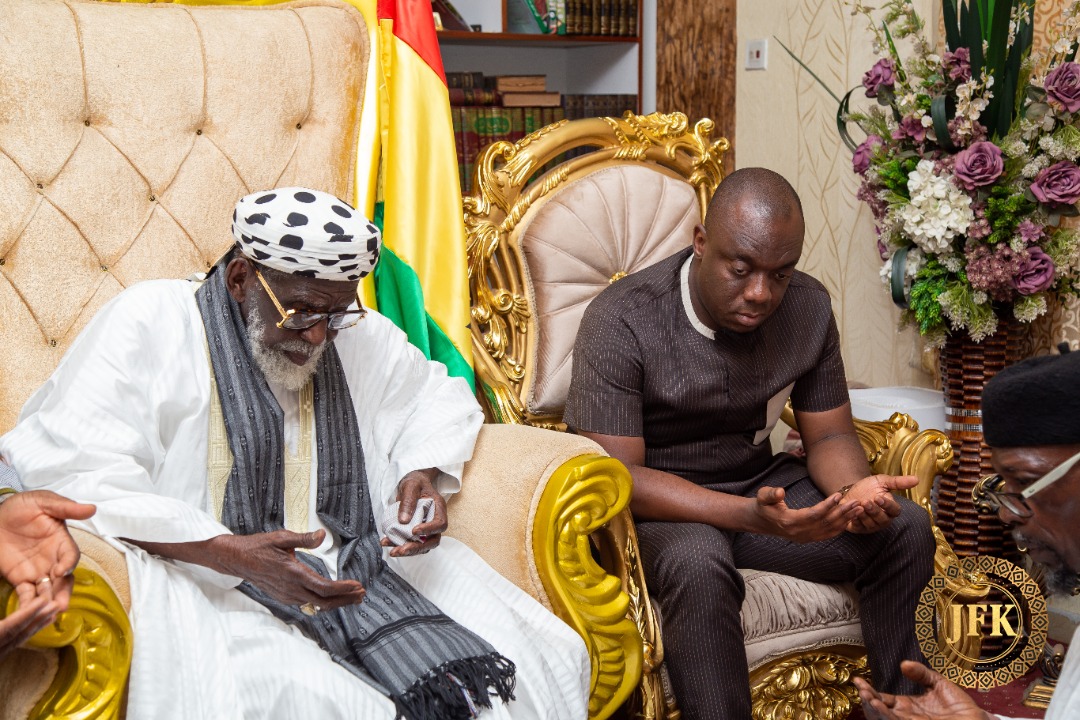 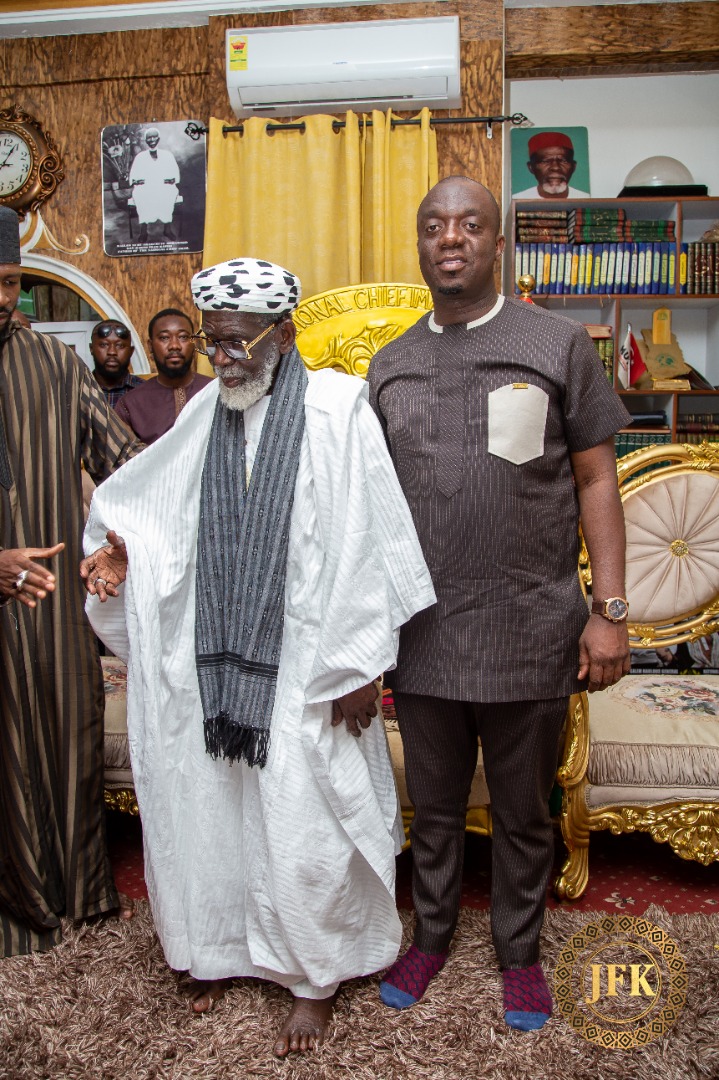