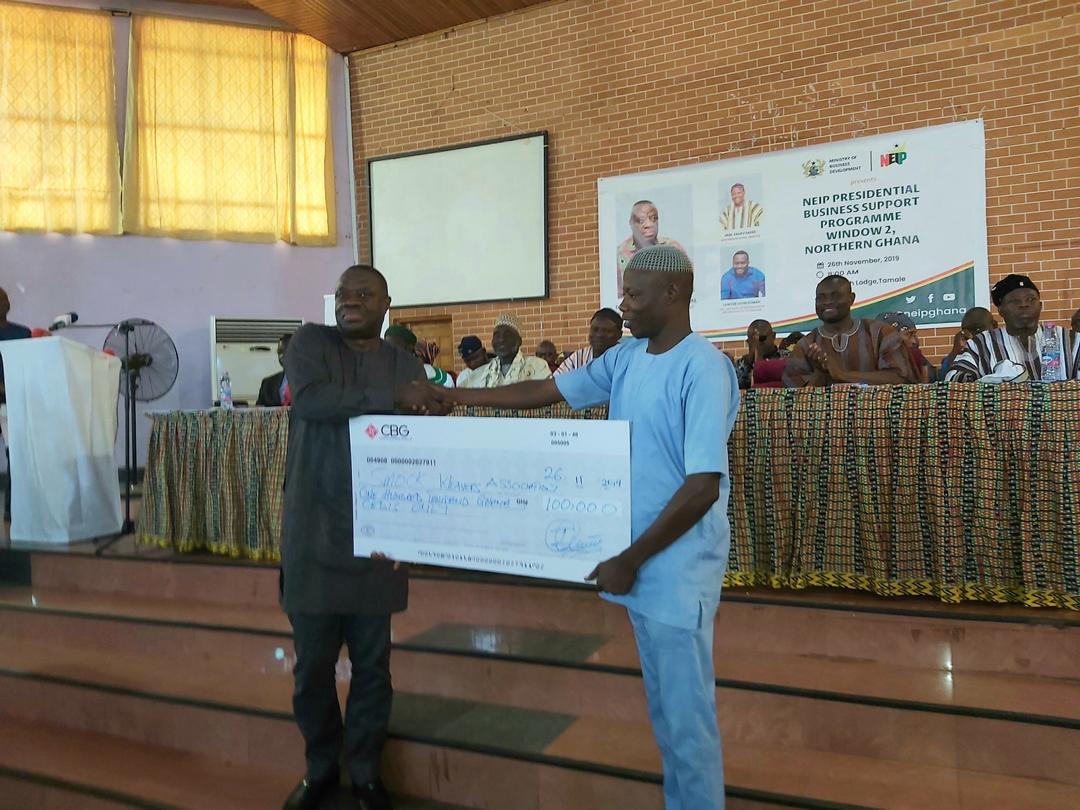 The National Entrepreneurship and Innovation programme, which is under the Ministry of Business Development has presented financial support to about seven hundred (700) startup’s and entrepreneurs in the northern regions.

After presenting Cheques ranging from Ten thousand to Hundred thousand to beneficiaries in Tamale, the Minister for Business Development, Dr. Alhaji Ibrahim Mohammed Awal in an interview with the media said the beneficiaries were drawn from the five regions of the north including the Savannah, North East, Upper West and the Upper West region after their applications were shortlisted.

He revealed that, the gesture is the second phase of the presidential business support programme initiated through the National Entrepreneurship and Innovation Programme to support young businesses in the country.

The Business Development Minister was optimistic that the support will help boost the beneficiaries businesses, since they were given additional training after their selection.

He added that the Akuffo Addo led government is committed of brightening the future of the young generation. 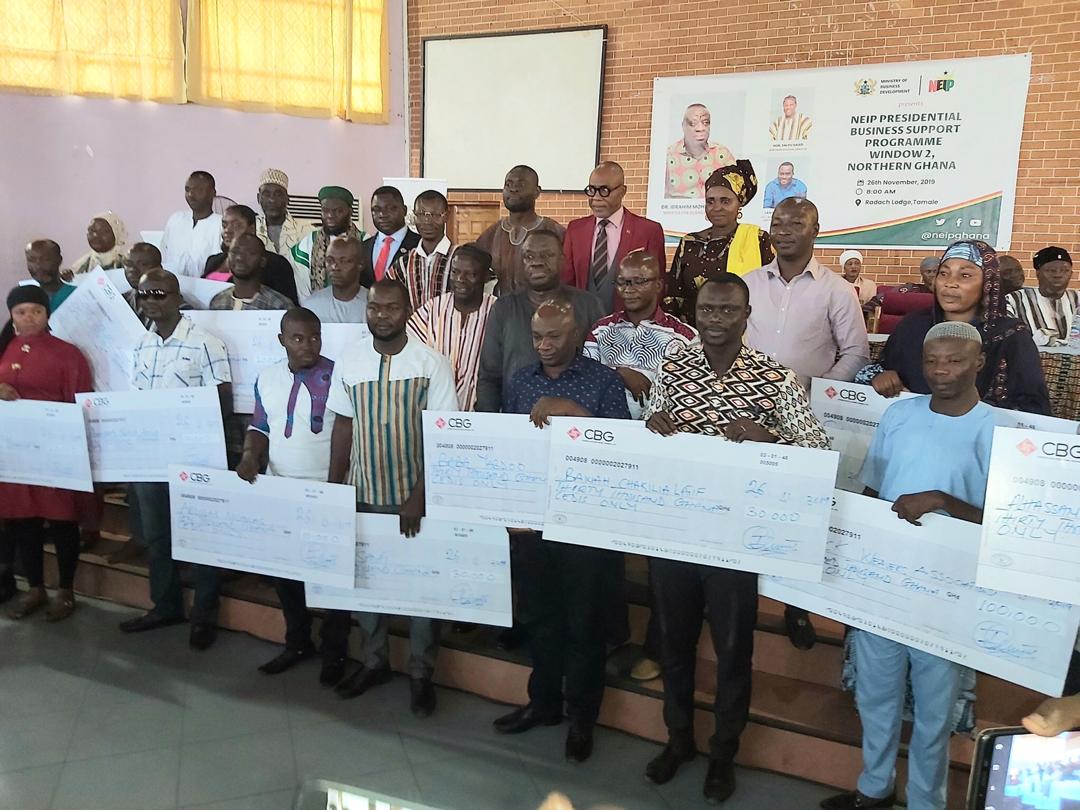 Dr. Mohammed Awal mentioned that some of them were trained on Smock weaving, Agri-business, fashion and design, media and other areas.

He said politics is about development, hence the youth of the five regions of the north should embrace government policies, and do away with chieftaincy issues. He advised the beneficiaries to manage the funds well.

“When a politician comes to you and talk about Abudu and Andani neglect them, ask them how they will help you in education, health, how they can fix your roads and how they can build your businesses, the north is lagging behind in many areas, so is only the northerners that can take their destines and build themselves, so my brothers and sisters lets embrace government policies”. 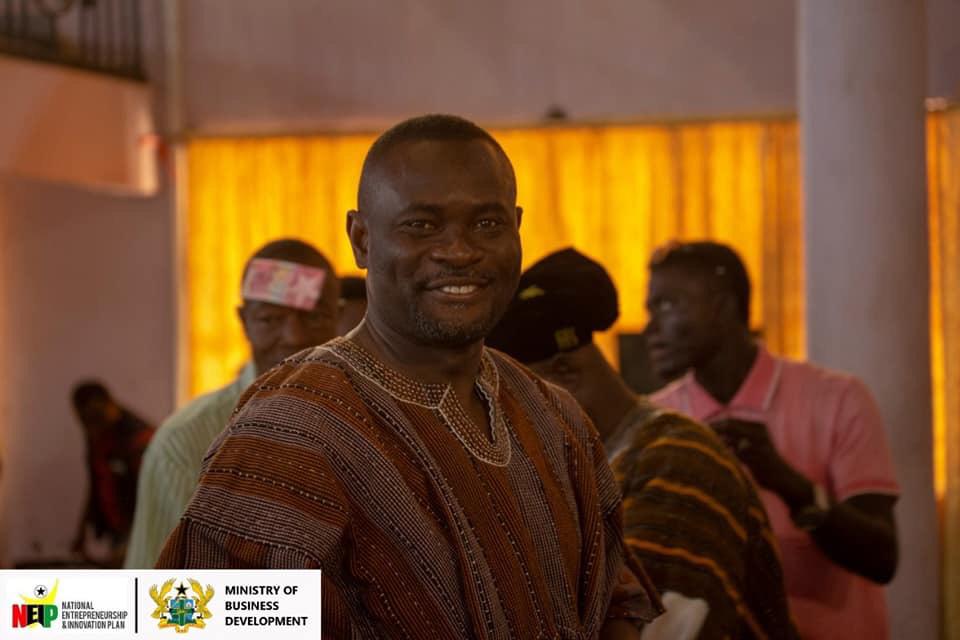 The Chief Executive officer of the National Entrepreneurship and Innovation Programme (NEIP), Lawyer John Kumah on his part urged the beneficiaries to commit themselves in reimbursing the funds, for others to benefit next year.

According to him, managers of the programme cannot go back to the President, and request for additional funds due to beneficiaries’ failure to refund the disbursed monies.

Mr. Kumah revealed that 12,000 persons applied for this year’s presidential support and that out of the number 3,000 were selected for the support.

He however commended beneficiaries of the Northern Region who benefitted from the presidential business support last year, for being the topmost individuals in the repayment of the monies.

Chairman of the occasion, Sheikh Mohammad Amin Bamba charged the beneficiaries to utilize the support for its intended purpose. He further prayed for the success of the programme. 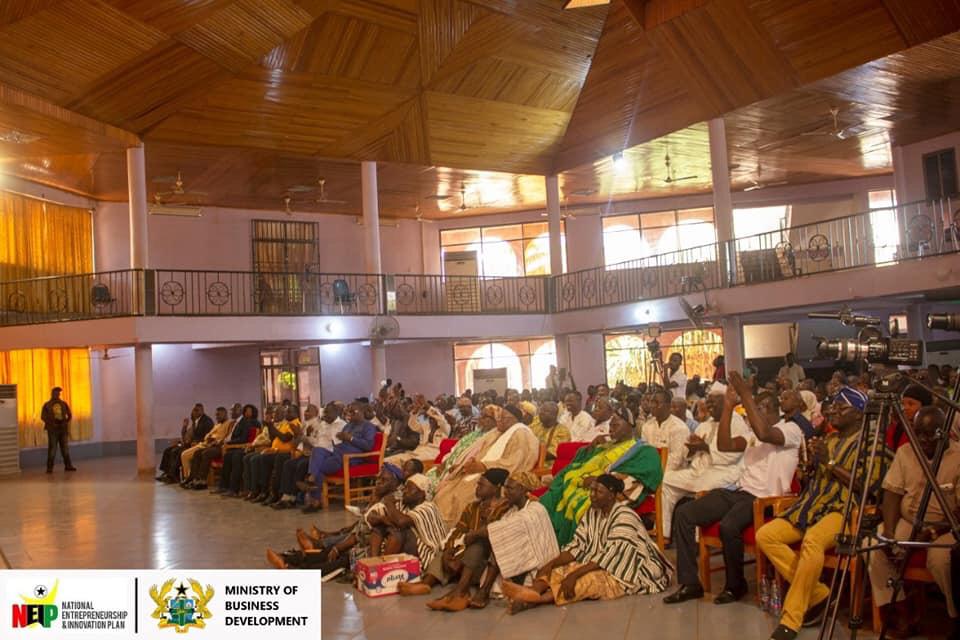