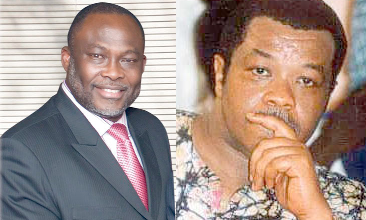 Flagbearer aspirant for the National Democratic Congress (NDC) Dr. Ekwow Spio-Garbrah has clarified misconceptions of a secret alliance between him and four other aspirants against former President Mahama.

Five NDC presidential hopefuls, Dr. Ewkow Spio-Garbrah, Goosie Tanoh, Sylvester Mensah, Alban Bagbin and Kweku Ricketts- Hagan are purported to have held a secret meeting with the intent of not allowing John Mahama the chance to lead the party in the 2020 general elections.

This follows the emergence of a photo which captures smiles of satisfaction on the faces of the five men with reports suggesting the basis of the meeting was to plot against John Mahama where if need be, they are willing to present one of them to lead the NDC.

But Dr. Ekow Spio-Garbrah in an interview with Boamah Darko on Hot93.9fm’s ‘Maakye’ show admitted that he was part of the meeting with the other four aspirants but denied that the meeting was to plot against Mr. John Mahama.

According to him, they meet and talk occasionally not only because they belong to the same political party but also because they are friends. He therefore insisted that there was no ulterior motive behind the meeting.

“We have never made any such plans of an alliance against John Mahama, I believe all these started because of the photo we took which has gone viral on the internet and because there was no caption, everyone has created their own opinions and made their own conclusions. But I will like to say that we are friends, we meet occasionally and besides we are in the same party, the only reason I believe it has become an issue is because we are contesting for the same position but there was no ulterior motive for that meeting” he noted.