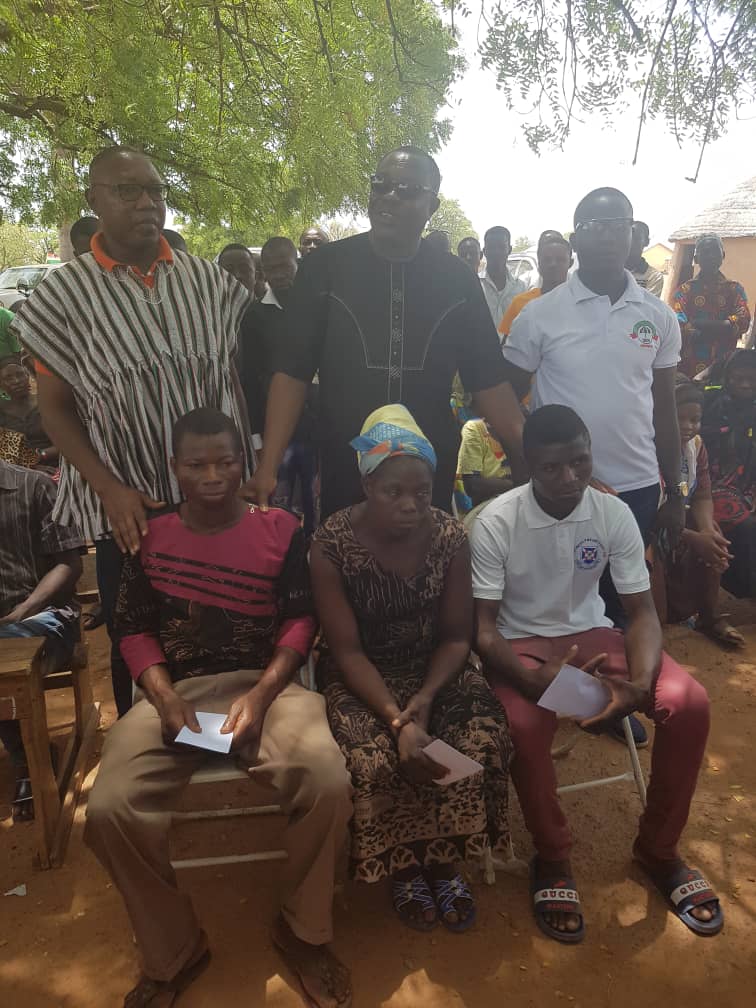 The national leadership of the opposition National Democratic Congress (NDC) have paid visit to families of the victims of the gory Kintampo accident which took the lives of almost 70 persons.

Led by the national chairman, Samuel Ofosu Ampofo, the team visited the bereaved families in Garu/Tempane where they extended the heartfelt sympathies and condolences of the party’s presidential candidate, John Dramani Mahama and the generality of the party membership to them.

The delegation was dispatched by the former president who is currently in Johannesburg, South Africa, addressing two global conferences on energy, trade and investment.

The delegation presented some cash donations to the families to help perform the funerals of the lost lives and defray any debt incurred by the families.

The bereaved families though still in the mourning mood expressed great appreciation for the gesture.

It must be noted that the Regional Executives were in Garu/Tempane on March 26, 2019 on similar mission.